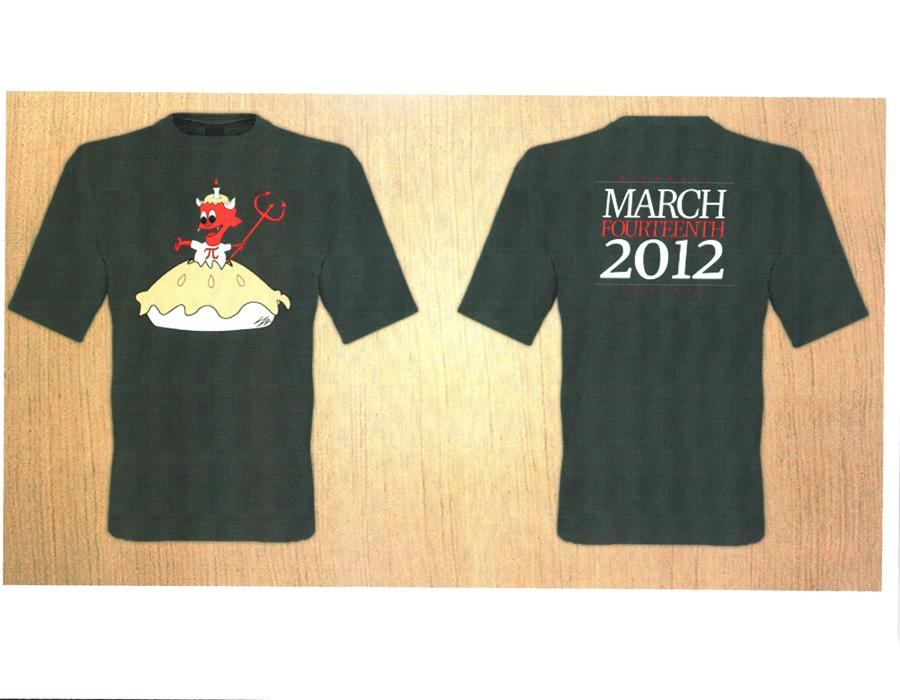 In anticipation of Pi-Day, March 14, the Central’s Pi-Day committee held a t-shirt design contest for a creative way to get into the spirit.  Gabriela Georgieva, senior, and Thomas Tung, senior, both in Ms. Julie Saller’s AP Calculus class, won the contest.

The contest was open to all students from Feb. 1-21, with a few requirements for the t-shirt to be eligible to win.  Mrs. Mary Kay Doorhy, math teacher, member of the Pi-Day committee, explained what was necessary to enter.  “To enter, the design had to have a pi symbol, include the pi date of March 14, 2012, had to include the words ‘Hinsdale Central’ somewhere on the shirt, and the design had to be no more than 3 colors in order to keep the t-shirt costs down,” Doorhy said.  After the contest closed with 31 entries, math students themselves began to deliberate.

“We had many math classes vote on their favorite shirt.  We tallied up the results to determine the winner, which was the t-shirt that had the most overall votes,” said Ms. Kristin Smetana, head of the math department.

Considering the success of this year’s contest, another contest next year seems likely.  “If we have a lot of students buy the shirts for pi day, we would love to do the contest again next year,” Smetana said.

“The math department was so enthusiastically surprised with the amount of entries, and the creativity in the designs, especially since it was just the first year!  I think it is a tradition that the math department would like to continue into the future!” Doorhy said.