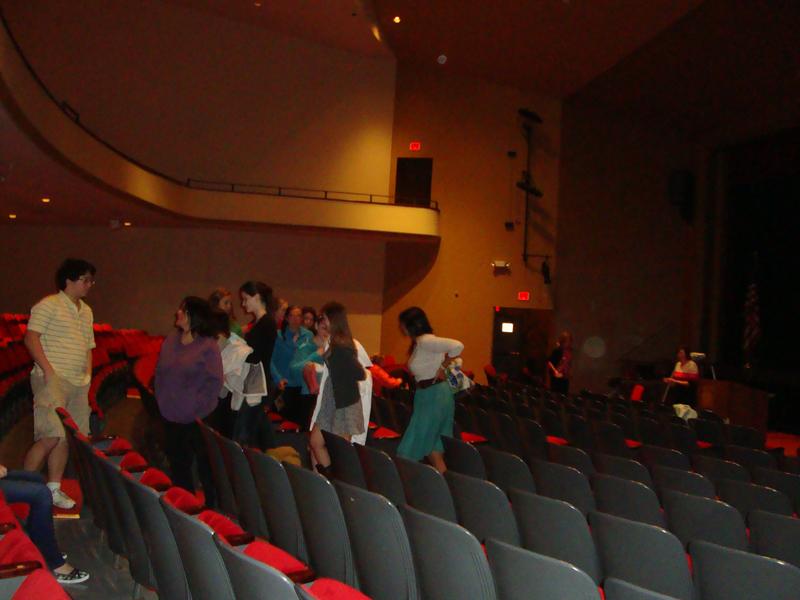 Last Wednesday, April 4, Hinsdale Central held its first ever Teen Truth Film Festival. The Festival featured a number of films and was organized by Teen Truth. Central was one of the two schools starting the festival, and the rest of the festival will be held at other schools around the world over the next three months.

“Teen Truth is an organization made right after the Columbine shootings in order to make people more aware of bullying in schools. They give presentations about bullying, body image, and a whole bunch of other teen issues. And from that, they have developed this Film Festival, because their true belief is giving kids a voice,” said Sally Phillip, one of the teachers in charge of the film.

The Teen Truth Film Festival represents the organization’s belief in giving teenagers a voice. It features films sent in by teens from Australia, United Kingdom, and the United States. A speaker from Teen Truth visited Central last November to speak about similar issues, and they asked Central to hold the festival in the auditorium after seeing its capacity.

As students walked in, the Jazz Combo club welcomed them in with music. After playing a couple of songs, the films started. The films featured were Undocumented and Unafraid, The Love Stache, Write it Out, My Daddy, Child Hunger, The Portrait, Daddy, College Essay Number One, My Muslim Eyes, PG&E Academy, Cardboard, and Even Handed.

Phillip’s favorite video was “Cardboard.” “I just thought it was really meaningful. And I just loved how cute the ending part of it was with such a sad and serious topic,” Phillip said. The film was about a girl whose family had everything (a nice house, a father with a good job) and then due to the economy, they lost everything and became homeless. Suddenly, cardboard became their best friend.Senior Divya Kirti, one of the audience members, liked “Even Handed” the best. “[It] was the most touching in my opinion just because the narrator was extremely articulate and was able to talk about societal issues, such as human rights, in a way that I think most high schoolers can understand and relate to,” Kirti said. The film was about a girl who was asked why she cared about things that didn’t directly pertain to her and filmed her response.

Kirti, however, thought that the films were not able to relate to many students. “I thought the ideas and concepts were really important and they videos had good messages. I just think that they needed to reach out to a broader audience. Some of the stories were so focused on the shock value of what these lives of these teens are that they alienated the audience of the majority of teens,” Kirti said

Although there was not a huge turnout, Phillip thinks the event was a success. “We thought it’d be a success if 25 people came, and I think we had about 35 people here,” Phillip said. “It was right after spring break, and it was hard [for students] to jump back in. The springtime at school is an insane time to reserve the auditorium and this was our only date, but because we would like to do this again, we can plan for it better for next time.”