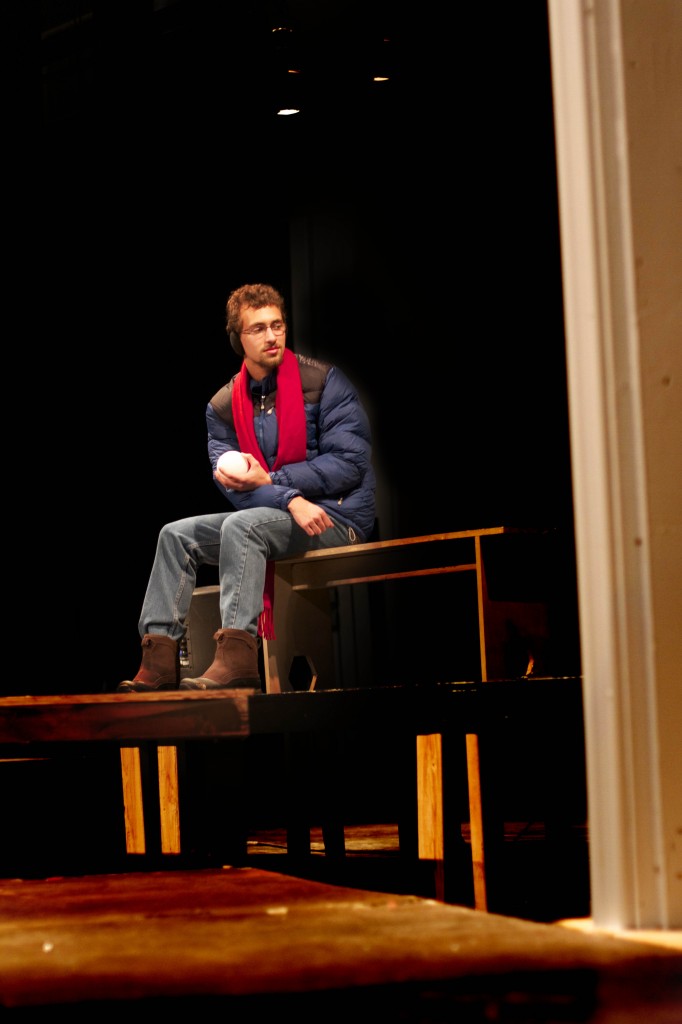 The Drama Club will perform “Almost Maine” this fall, a play they selected for its central focus on relationships.
“The play’s a series of short stories with each actor performing two different roles in different stories.” said Mrs. Christine Hicks, director and English teacher. “It’s a bit of both a comedy and a romantic drama. “There’s a lot of falling in love and problems that come up with relationships.”
Laura Nelson, a junior performing in the play, said that “the play’s theme is based around romance and relationships, but there’s a lot of comedy to it, especially because of all the crazy things that happen.”
The play will mainly consist of two actors on the stage at a time. “We really focused on working with two actors at a time so that their relationships grow and develop,” Hicks said.
“Everybody really tries to form good relations with their counterpart on stage so that the relationships are more realistic,” Nelson said. “I and the other actors try to put ourselves into the minds of the character just to make it more sincere.”
The play also features an original score, composed and performed by students at Hinsdale Central.
While the Drama Club had originally intended to perform a different play with only female performances, they dropped the idea. “We ended up having a lot of really good male actors, so it didn’t make sense for them to go to waste,” Nelson said. “Since Mrs. Hicks had seen this performed before and liked it, we went with this play.”
The Drama Club will perform its fall play, “Almost Maine,” Sept. 20, 21,and 22. Thursday showings will only be at 7 p.m. while Friday and Saturday showings will be at both 4 and 7 p.m.
“My hope for the play is the audience appreciates it and wants to see it twice,” Hicks said.