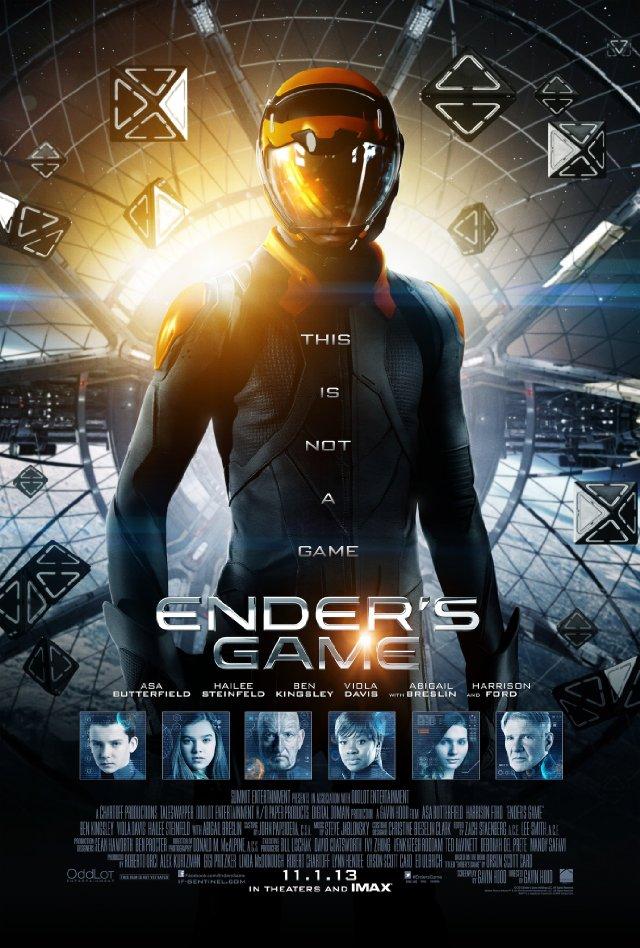 Having read Enders’ Game for school the summer before freshman year, I felt it was all too appropriate to see the movie adaptation four years later. Of course I am always weary of movie to book adoptions, but I always give the movie the benefit of the doubt.

For those unfamiliar with the story’s premise, “Enders’ Game” is the story of Ender Wiggin, a child growing up in a world at war against an alien species known as the Fromics. Years ago, the Formics attacked Earth and humanity barely survived. In response, an international fleet centered on particularly intelligent children (as they are more creative and adaptive) is formed. Ender is chosen as one of these children and sent to battle school, where he is quickly picked out as the leading candidate to lead the international fleet to preemptive war again the Formics.

Having loved the novel, my first concern was how pure the movie stayed to the book. Overall, I believe that the movie stayed true to the book and touched on all the important aspects of plot, theme, and characterization. It did jump around quickly and gloss over chunks of time, but that is expected in a movie adaptation that has to stay within a reasonable time limit. My only wish is that the movie switch a little more of its focus onto the mind game that Ender plays. I thought that was a really important aspect of the novel and it brought out some really insightful ideas.

In terms of the movie experience itself, I thought that the animation and music was very well done and helped set you in that sci-fi mood. The battle school that Ender attends and the technology portrayed in the movie simply looks awe striking. Coupled with the intense but not overbearing music, watching the movie, especially the action scenes, was a truly enjoyable experience.

Finally, I was also pleased that the movie picked a particular theme from the book to be its main focus. In this case, it was “fighting a battle to win all future battles.” I am not sure if this was the most important theme of the novel for myself, but I was pleased that there wasn’t a jumble of half developed themes. Fortunately, the cliffhanger ending does touch on the theme I thought was most important.

Taken as a whole, I would definitely recommend the movie to those who’ve read and loved “Ender’s Game” as well as those who are unfamiliar with the novel. Of course, I would always suggest reading the book before seeing the movie.