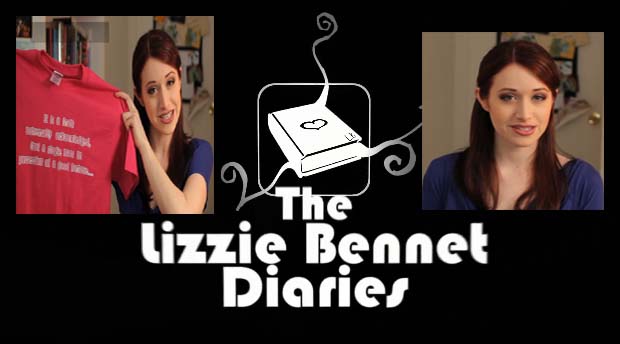 The Emmy award-winning “The Lizzie Bennet Diaries” denies categories: It is a modern adaptation of “Pride and Prejudice” in the form of a web series. Yet, it’s even more complicated than that.

The show is built around the premise that the main character, Lizzie Bennet, and her best friend, Charlotte Lu, filmed, edited, and uploaded each episode in real time. During the airing of the show, you could even Tweet at the characters of show, and expect a reply. Although the interactivity has dwindled with the conclusion of the show, “The Lizzie Bennet Diaries” is an excellent innovation of a classic tale.

While “The Lizzie Bennet Diaries” is an adaptation of “Pride and Prejudice,” the classic novel by Jane Austen, it’s also a lot more. Lizzie Bennet (Elizabeth in the novel) is a grad student who decides to film her life one video at a time for her thesis project along with her best friend Charlotte Lu. Along the way, the dramatic events overtaking her sister’s love life, and her own, end up on camera.

I got addicted to the series. After a while, you get to know the characters really well. Those casual five minute episodes become glimpses into human lives that seem so real while watching them, even if they are fallible to some plot holes.

Regardless of the flaws, the excellent acting makes up for them all. The rich, complex and titular characters of the novel shine in this adaption, but what’s fascinating about “The Lizzie Bennet Diaries” is that even the minor, one-sided characters receive as much attention and character development as the main characters. A prime example of this is Lydia Bennet, Lizzie Bennet’s little sister, who in the novel is portrayed as a shallow, vain teenage girl. In both “The Lizzie Bennet Diaries” and the short spinoff “Lydia Bennet,” Mary Kate Wiles portrays Lydia as an intensely insecure young adult who hides behind a veneer of smiles and partying in order to avoid her loneliness. The fascinating part of the premise of the story is that although the story is limited by Lizzie’s perspective (after all, it is the Lizzie Bennet Diaries), the short spinoffs provided glimpses into other characters that feed into the main narrative, and provide a greater context for events of the story.

One thing to keep in mind is that “The Lizzie Bennet Diaries” is very addicting. Since the entire series is on Youtube, it will be incredibly hard to resist binge watching once you get started. All in all though, the great acting and excellent story would make Jane Austen proud.