Not another high school play 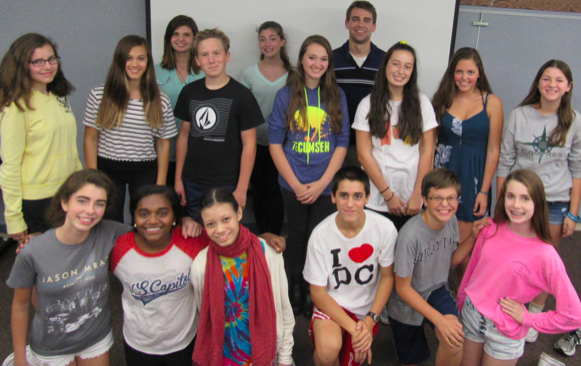 The cast of the freshmen play, Not Another Freshmen Play, pose with their director, Mr. Kostro (center back), who works in the English department.

“[It gives] our freshmen more chances to perform,” Kostro said.

Basically, the concept of the play entails what students would have to do if they ran a play by themselves.

“A director left the kids on their own, and they try to put together as many plays as they can because they have a whole crowd waiting,” said Fiona Connelly, freshman and actor. “And they have no idea what the play they were supposed to be doing was so they just find a bunch of scripts and throw something together.”

Senior Jessie Muzquiz, assistant director loves acting. He enjoys watching a play come together from behind the scenes.

“Since you’re behind the scenes you are putting together the whole entire show,” Muzquiz said.

If you are in need of tickets, call the box office at (630) 570-8165 or go to www.hinsdaledrama.com to learn more about the drama department. Tickets are $7.oo each.