Students gain experience (and payment) for work on “The Nutcracker” 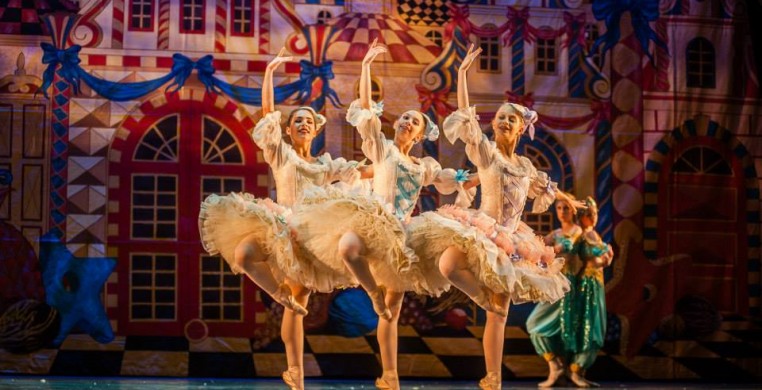 Young dancers from the Salt Creek Ballet participate in "The Nutcracker" in the auditorium a few years ago.

The Salt Creek Ballet’s annual performance of “The Nutcracker” opened last Saturday to a pleased audience. Red Devils, such as Olivia Brooks, performed eloquently on both Saturday and Sunday. However, what was most surprising, aside from the talent Central embodies, are the members of Central’s theatre crew whom were paid for their work on the perfectly crafted set.

An asset to crew, Anna Lowery, commented on this aspect.

“I had never seen the show done by Salt Creek before, so working on it was even more excellent, because I got to work on it too.”

For their time, which Anna claims was very time-consuming, the students were paid an undefined amount, which is something they do not get for working on Central’s theatre productions. Central’s are seen as more voluntary work, while this was a non-school sponsored event.

The show’s riveting set and excellent movement were the highlight. The sets were built without knowing which part of the show they would be used for, which participants claimed made the experience even more exciting.

For more than twenty years, the Salt Creek Ballet has performed “The Nutcracker” in our auditorium. A hit on and off the stage, we can expect to see this performance to excel each year to come.