“The Shakespeare Project” provides laughs and insight to his biggest plays 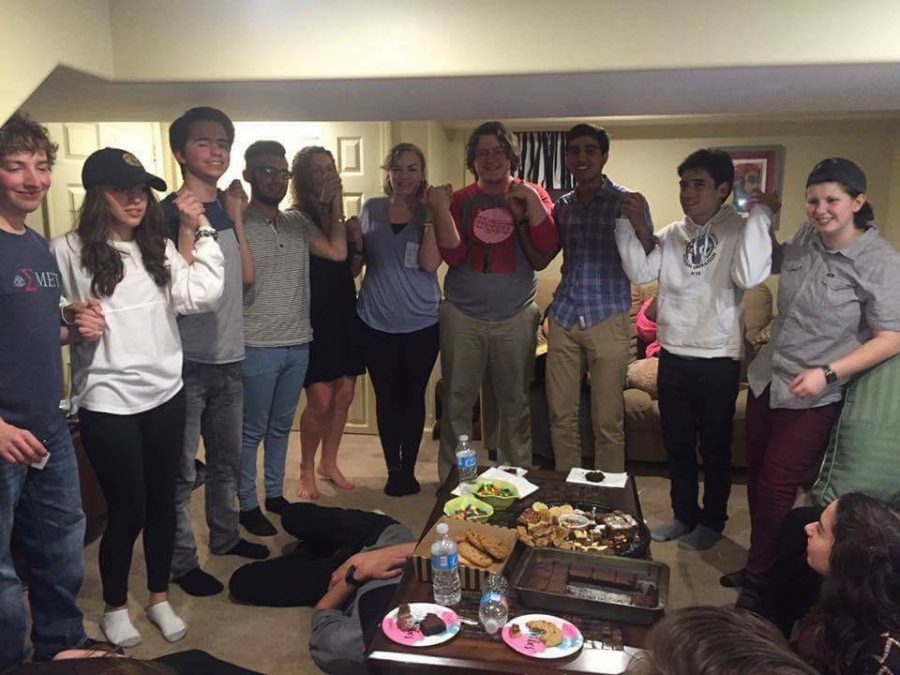 Some of the cast and crew of "The Shakespeare Project" at that cast party, celebrating.

Thursday, April 21 through Saturday April 23, the Drama Group will perform The Shakespeare Project in the auditorium at 7 p.m. The performances will include an anthology of Shakespeare’s works including Hamlet, Julius Caesar, Taming of the Shrew, among others.

“It has some of the best scenes and monologues from Shakespeare’s most popular and powerful plays, with a comedic modern twist,” said Ryan Yapp, who played the elf, Puck from A Midsummer Night’s Dream, and Pertrucio, and the romantic lead in Taming of the Shrew.

The actors guide the audience through some light commemoration to Shakespeare’s works; from a press conference with Marc Antony at Julius Caesar’s death to a memorable wresting match between characters in Taming of the Shrew; the test audience responded with laughs and cries and gasps, as a Shakespeare play should.

Carlo Zenner (Hamlet) was among a few high school students that were given the opportunity to compete for a National title in Shakespeare performances in New York. Utilizing his vital role as the ambient and difficult character of Hamlet, he received necessary practice at these performances for this summer’s competition.

Central’s Drama Group excells again with this stellar performance, and they closed out the year on a very timely note, as Saturday was supposedly the day Shakespeare would be 452. A performance like this reminds students that his plays, though close to 500 years old, can still give students a little something to think about, whether that be knowledge on human behavior or social constucts that may still be in place today.