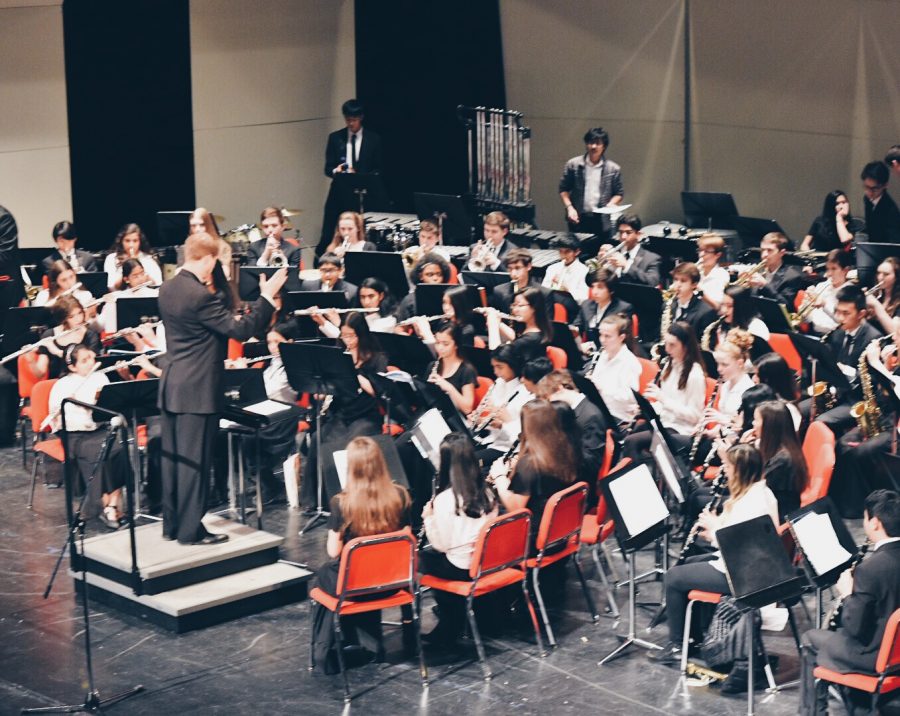 Band Director Mr. Matt Goeke gets the band ready for the winter performance, which took place on Feb. 16.

The audience was captive throughout the whole performance.

“It’s always nice to have a quiet audience because you know they all appreciate your performance. A big applause at the end is always appreciated,” said Lauren Lee, senior.

The bands are now busy getting ready for their spring concert in May.