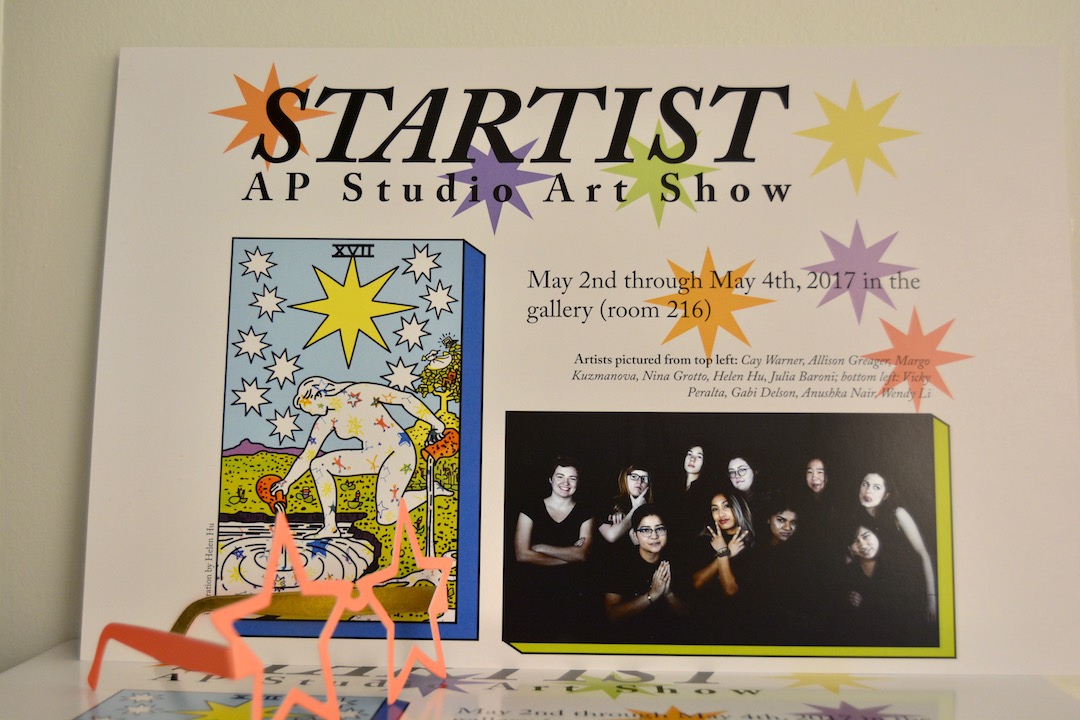 On May 2, AP Studio Art celebrated the work of 10 artists in the art gallery from 6:30 to 9:30 pm during “The Startist” art show. The theme of the show was centered around astrology, and all attendees received horoscopes written by the artists.

“The [invitation’s] design is based off the official tarot card for the Star, which we changed into the Startist,” said Wendy Li, senior.

The show featured 2D or 3D pieces that the students worked on throughout the year as part of their portfolio for the class. The artists’ pieces were centered around a concentration—a design concept of their choosing that they studied in-depth—as well as a breadth that demonstrated the range of their skills.

“My concentration takes personalities of people or events that are important to my life and relates them to something in the nature,” said Gabriella Delson, senior. “One of my favorite pieces is a dress called ‘Mother Willow,’ which was inspired by a childhood memory of my mom tying willow tree branches into a swing for me.”

The display was up until May 4 in room 216, and snacks were provided at the show.

“It [was] a great  show. We have such talented and unique students this year, and we’ve all helped each other so much,” Delson said.