Upcoming concerts to listen for 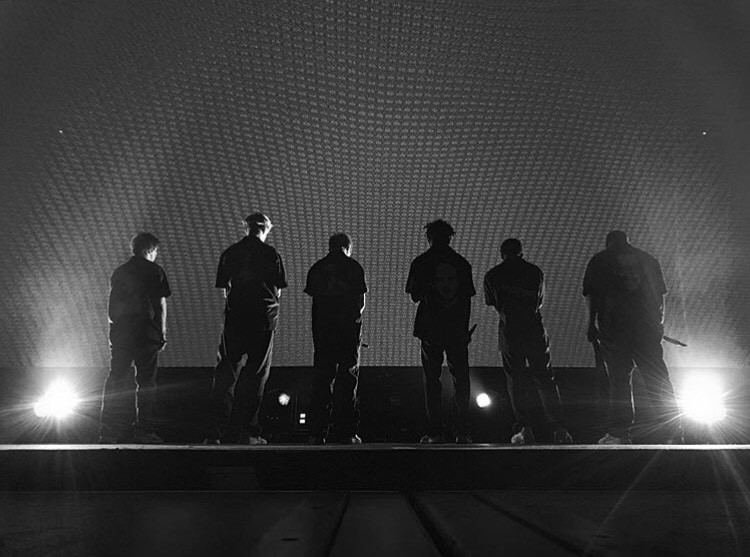 Brockhampton will perform in Chicago on Oct. 28.

Hinsdale, Ill. – With music festival season coming to an end, many students find themselves looking for other live music and entertainment. It can be exciting to see a favorite artist live, but even unfamiliar musicians can provide a fun, new experience. With this in mind, here are two upcoming concerts fans and newcomers can enjoy.

Aside from the bonding aspect of socializing with people who also enjoy music, there’s also something special about live music.

“I really like the atmosphere of a bunch of people who all like the same thing as you do sharing an experience,” said Abby Antinossi, sophomore. “I’m going to a concert with one of my really good friends and I’m excited to spend time with them.”

Diana Denemark, sophomore, agrees that her favorite part of going to concerts is hearing her favorite music live and having fun in the audience. Many students enjoy going to shows on the weekends in their free time, or even during the week if they are particularly dedicated to the artist.

This American musical collective from San Marcos, Texas is traveling the country on their “I’ll be there” tour. The 14 official members who describe themselves as “America’s Greatest Boyband,” include vocalists, graphic designers, producers, managers, photographers, creative directors, and more.

In the past year, the group released four albums, including the Saturation trilogy and a more recent release, iridescence. Released Sept. 21 of this year, iridescence climbed to the top of the Billboard 200 charts, becoming the group’s first chart-topping album.

Not only was the album well received by fans, but music critics had good things to say as well.

The “I’ll be there,” tour consists of more than 30 shows across the world. Brockhampton plays in Chicago on Oct. 28, with doors opening at 7:30 p.m. at Aragon Ballroom, a classic Chicago venue.

Through his connection to Abstract, Blair had the opportunity to collaborate with members of Brockhampton on his music. His first album, Cat Heaven, was released in December 2017.

Like many other rising musicians, Blair began posting content on his SoundCloud page as an outlet for early music.

Antinossi and Denemark found Roy Blair’s music on Spotify. This is true for many, as people who tend to keep an eye on recommended artists and actively pursue new music usually find themselves happy with their expansive music tastes.

“This is my first time seeing Roy as it’s his first tour, so it should be interesting. The venue is also pretty small so it’ll feel really close and connected,” Denemark said.