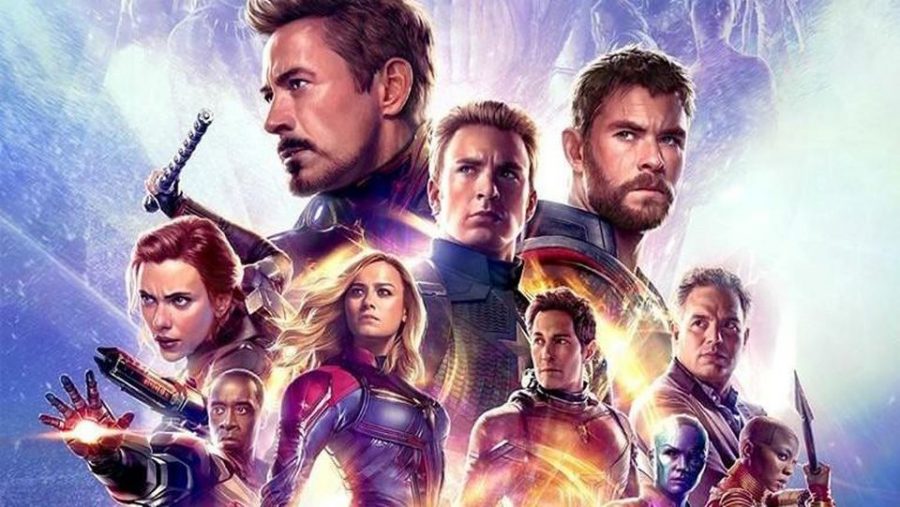 Courtesy of Walt Disney and IMAX via Forbes.com

"Avengers: Endgame" is on track to become the highest worldwide grossing movie.

WARNING: Spoilers ahead. Do not read if you plan on seeing “Avengers: Endgame”.

“Avengers: Endgame”, a cinematic culmination of 10 years, 22 movies and the expansive Marvel Cinematic Universe, was released to theaters on Friday, April 26.

As of May 5, Endgame has made $2.188 billion worldwide with $620 million being made domestically so far.

Endgame has become the second-highest grossing movie of all time with “Avatar” ($2.78 billion) being the highest. Endgame also has the record for being the quickest to the $2 billion mark taking only 11 days while “Avatar” took 47 days to reach that mark. There are only four other movies that have earned more than $2 billion other than Endgame so far: “Avatar” ($2.78 billion), “Titanic” ($2.1887 billion), “Star Wars: The Force Awakens” ($2.06 billion), “Avengers: Infinity War” ($2.04 billion).

On Rotten Tomatoes, Endgame has been certified fresh with a 95 percent rating with 91 percent of audiences liking the movie.

The movie starts right where “Avengers: Infinity War” left off. Our heroes have been devastated by the deaths of their comrades after Thanos (Josh Brolin), the villain of the movie, snapped his finger, wiping out half of human life in the universe.

The movie was exciting, thrilling, and with enough emotionally impactful scenes to make the movie realistic. I think that brothers Anthony and Joe Russo, “Avengers: Endgame” directors, did a great job in capping off the end of a franchise. I had heard some spoilers before seeing the movie over the weekend, yet I still became emotional when Tony Stark (Robert Downey Jr.) and Black Widow (Scarlett Johansson) died.

That says a lot about the humanity the Russo brothers have been able to put into these fantastical characters. The journey MCU fans have been taken on has been a whirlwind of excitement and heartbreak, but this movie satisfied every last question and hopes I had for each character. The movie seemed to be like a love letter to all of the Marvel fans who have been on this decade-long journey since the beginning.

“It was better than I expected. I knew who was going to die so that wasn’t a shock, but I think the way they did it was very well done, and they put a lot of thought into it,” said Sophia Panos, junior.

I have seen every MCU movie since “Iron Man” released in 2008, so I feel like I have a good grasp of the MCU and interwoven plots. If you have not seen many, if any, MCU movies I would recommend watching “Iron Man,” “Captain America: The First Avenger,” “Guardians of the Galaxy,” “Captain America Civil War,” and the first three Avenger movies before going to see “Avengers: Endgame.”

Watching the movie for me seemed to go by in a rush, shorter than the three hours and two minutes it actually was. It’s that feeling in your heart where everything becomes light and a sense of pure joy consumes you is what I experienced throughout the movie. This sense of euphoria was especially prominent when the previously “dead” characters walked through Dr. Strange’s (Benedict Cumberbatch) portals to assist the battered and tired original Avengers.

“When I saw it I thought that it perfectly tied off the franchise by [offering] greater depth to each character,” said Andrew Tannebaum, junior.

I’d assumed that the remaining Avengers would need to go back in time and I had read many theories that Ant-Man (Paul Rudd) would become vital for that. However, this concept was done much better than I would’ve imagined with whimsical scenes of the future Avengers seeing their past selves.

“I wished they [would have] spent more time in the past. That could have been a good main thing but I feel like they tossed it to the side a bit,” Panos said.

Of course, every movie has issues, no movie is perfect. I really only have a few, small complaints that are a little nit-picky. After seeing “Captain Marvel” (Brie Larson)  I became excited because I really liked that movie, and I had high hopes of seeing her in Endgame. However, Captain Marvel was barely in the film with very few scenes. Captain Marvel is such a powerful character that it probably wouldn’t have been as fun for moviegoers to see their favorite characters get upstaged by this new, energy blasting woman. By purposely keeping her on the sidelines while the Avengers struggle to defeat Thanos and his forces, it helps add some suspension and spectacle for when she finally arrives. It also allows fan favorite characters to get their moment in this super-star casted movie.

Another thing that I thought was funny and a little preposterous to believe was how quickly it took for Tony Stark to solve time travel in just a matter of seconds. All he did was talk to his new A.I. Friday for a few seconds and play with a hologram and voila, the Avengers can now travel to the past and grab the infinity stones before Thanos gets his hands on them. However, I’ll excuse this feeble attempt at showing how Tony Stark built a time travel machine, given it’s a superhero movie.

Something that I was surprised with was the number of comedic moments and the at times light-heartedness of the movie. If you are fans of the Russo brothers you would not be surprised as they were both directors of hit comedies “Community” and “Arrested Development.” The movie was funnier than I expected and it was reminiscent of the humor and tone in “Thor: Ragnarok.”

“Who they killed off surprised me because they were pivotal characters in the MCU and [they] will affect every movie from now on,” Tannebaum said.

Overall the movie was extremely satisfying. Somehow the Russo brothers were able to pack in 59 characters into an action-packed, emotionally jarring, and uplifting movie. The next Marvel movie coming out will be “Spiderman: Far From Home” which opens to theaters on July 2.