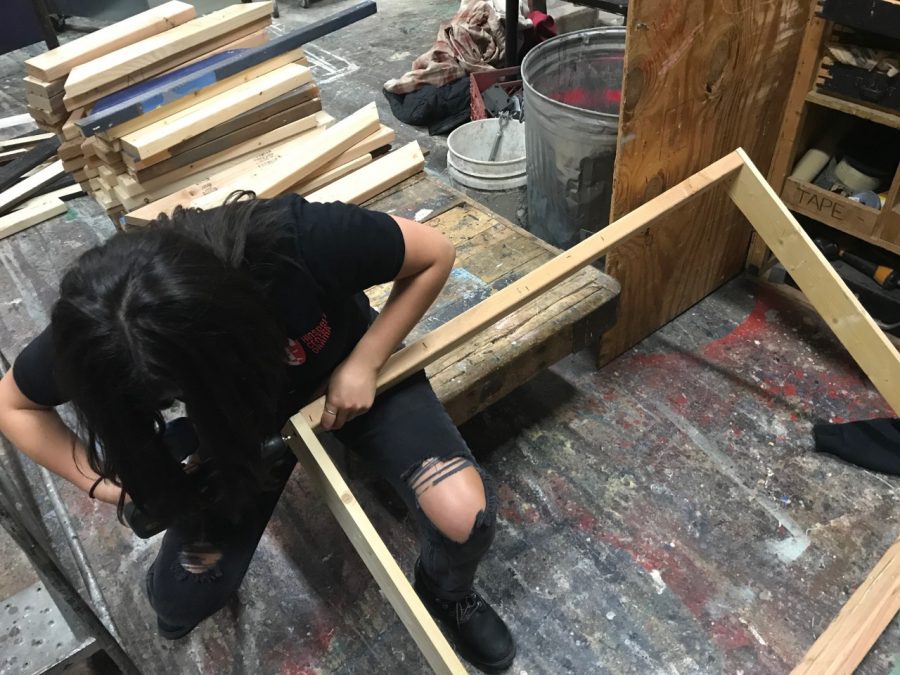 On Saturday, May 11 the 24 Hour Theater Fest took place in the auditorium. The project is a fundraiser for the drama program where many students got together to write, direct, crew, and/or act all within a 24 hour period.

Students authored five different scenes that were then entirely student produced and performed. Anyone was able to participate in this annual fundraiser to help support the following year’s season.

This year, the drama program changed things up by combining the fest with the drama club banquet. The evening included plays, an induction into the National Thespian Society, a recognition of their senior club members, a recognition of next year’s Drama Board, and a celebration of the 2018-2019 season.

“I’ve been a part of the 24 Hour Theater Fest since freshman year. This year we actually combined the 24 Hour Fest with our club banquet, and I [thought] it [made] it much more fun and more interactive,” said Mary Tess Klygis, junior and member of the Drama Advisory Board.

Students first came to the kick-off meeting at 3:15 p.m. on Friday to finalize roles. Actors, directors, and crew members were then dismissed, and five student authors stayed until 5 p.m. to start writing their scenes and get feedback from the two sponsors, Mrs. Sarah Scholz and Mrs. Susan Jaffe, English teachers.

“The drama board emceed to joke about our past show season and bring everyone together for a last laugh,” said Ashley Haggard, senior and member of the drama board, who emceed and helped to make sure the event ran smoothly.

After writers wrote their short play Friday night, everyone convened on Saturday morning to rehearse and make a set for the show at 7:00 p.m. that night. On Saturday morning at 9 a.m. member divvied up scripts and started rehearsing and building sets. They spent the entire day memorizing, picking costumes, gathering props, setting up lights and sound, and preparing for the evening performance.

The fest served as an outlet for people who love or just want to try out theatre. About 100-125 people attended this donation-only event.

“It was a really successful fundraiser, and we received a lot of positive feedback about the new format that combined the traditional 24 Hour Theater Fest with what we had traditionally done at a separate banquet event. We will definitely use this same concept in the years to come,” Scholz said.