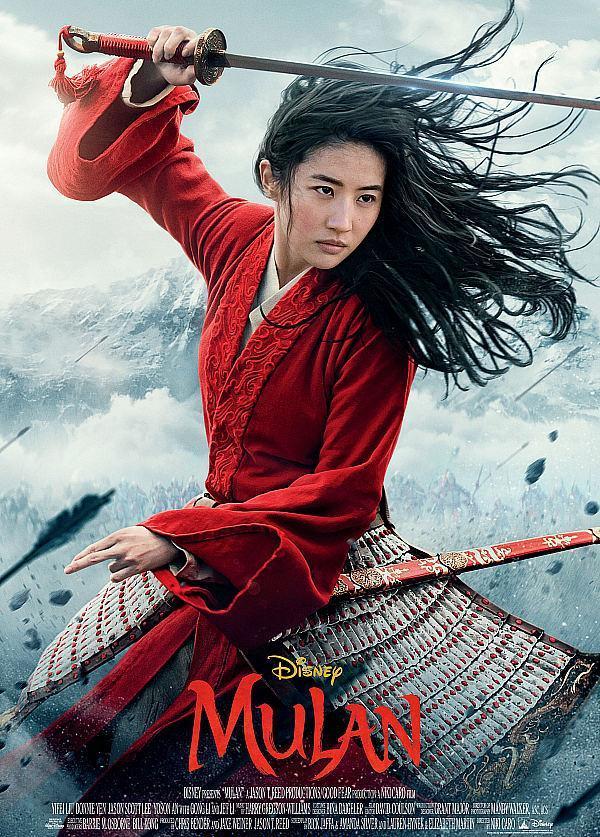 Courtesy of Walt Disney via MovieDebuts.com

Disney’s live-action “Mulan” was released on Disney’s streaming service, Disney+, on Friday, Sept. 4. The live-action movie is a real-life remake of the classic Disney film and focuses on telling a story closer to the poem from which the original movie was based, “The Ballad of Mulan.” The movie was originally scheduled for an in-theater release on March 27, 2020, but this date was delayed due to Covid-19.

The new “Mulan” documents Mulan’s chi, or her inner force of energy, as well as the warrior skills she developed when she was young. As she grows into a woman, Mulan is instructed to hide her chi and to “bring honor” to her family through marriage. However, when Northern invaders pose a threat to the country, Mulan goes to fight for the Imperial Army in place of her elderly father.

“Mulan” was filled with action and humor. I thought that Niki Caro, the director, did an excellent job in showcasing both Mulan’s talent and independence. I appreciated how, in contrast to the original film, Mulan was already strong when she arrived at the training camp and she was ahead of the other men who were training. The movie also features beautiful cinematography and intricate costume design that were absent in the original film.

Over Labor Day weekend, “Mulan” accumulated a total of $33.5 million. The film is available in a few theaters around the world and to Disney+ users who pay an extra $29.99 in addition to their subscription fee of $6.99 per month. By Dec. 4, “Mulan” will be accessible to all Disney+ users free of charge.

On Rotten Tomatoes, “Mulan” has been certified fresh with a 75% critical rating with 53% of audiences liking the film.

“I was disappointed to see that my favorite character, Mushu, wasn’t included in this film,” said Chigo Ojiako, senior. “I was confused as to why they created a witch character and I was sad to see that there was no singing involved.”

In the new film, villain Bori Khan has a new sidekick, a shape-shifting witch named Xian Lang. This character was controversial because many viewers would have preferred to see characters from the original film instead of new ones.

“I think she [Lang] added an interesting touch to the movie, but I wish more of her background was introduced,” said James Melkus, freshman.

Personally, I prefer the 1998 version of “Mulan” to the remake. I missed the singing and the original characters such as Mushu and Cricket, that made the classic “Mulan” entertaining. In addition, I felt that the action scenes in this film were unrealistic, such as when Mulan and the Northern Invaders were shown as running directly up and down walls. While some thoroughly enjoy live-action remakes of Disney classics, others are more critical.

“To me [live-action films] seem like a way for Disney to repackage old content and make money with the same old stuff,” said Mr. Jim DiDomenico, Film Studies teacher. “I think [the movies] would be a lot more interesting if Disney experimented with these live-action reboots and took bigger risks.”

Overall, the movie did justice to Mulan’s story and I enjoyed the film’s cinematography. However, I would have preferred that the film kept in all of the characters that were featured in the original movie. The next live-action Disney movie coming out will be “Cruella,” based on the classic film “101 Dalmations.”