Zack Snyder's uplifting return to the DCEU continues his style over substance streak over a 242-minute runtime. 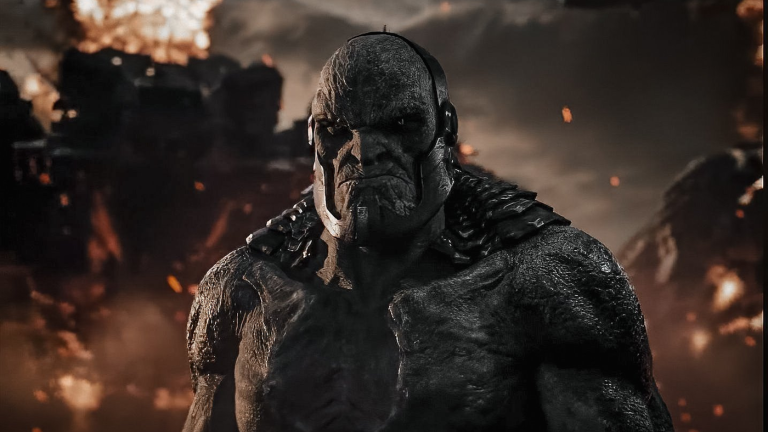 The Justice League form to face the imminent threat of Steppenwolf and Darkseid to Earth.

The production of the original film was a travesty. Following the tragic suicide of his daughter Autumn, then director Zack Snyder took an extended leave of absence from the film during post-production. Warner Bros. hired Joss Whedon to finish the project, and he incorporated more humor, a noticeably lighter tone, and cut the runtime significantly. The studio wanted to make it similar to Whedon’s “The Avengers,” which received critical praise along with being one of the highest-grossing films of all time.

Because Snyder and Whedon’s visions for the project heavily contrasted, the original film became a cesspool of oversaturated lighting, terrible visual effects, tonal deficiency, and Henry Cavill’s infamous CGI upper lip. It was also a box office bomb, grossing $657.9 million against a $300 million budget. Because of all this, demand for Snyder’s version of the film skyrocketed from both fans and cast members alike. After an additional $70 million and two hours of runtime, the director’s cut was released four years later.

Snyder’s direction in the DC Extended Universe (DCEU) has always followed a monumental road. He clearly reveres these superheroes as godlike figures, and the diverse catalog of DC Comics presented him with the perfect playground. It’s undeniably one of his most ambitious aspirations, but it’s often the root of his films’ incoherency and poor character development. Here, however, Snyder makes more of an attempt to humanize his characters, most notably Cyborg (Ray Fisher) and The Flash (Ezra Miller).

While Snyder’s new goal is commendable, it also creates an entirely new problem. The film isn’t established in relation to one central idea, but it’s rather multiple different ones morphed into one jumble of a plot. It feels like a miniseries, and it makes sense as to why Snyder wanted it to be available in that form. However, there’s not one single idea that takes command of Snyder’s direction, so the audience’s empathy for these characters is inherently limited.

Even with this present, the subplots aren’t extremely interesting. This is puzzling, as Snyder had Academy Award-winning writer Chris Terrio alongside him. And yet, Cyborg’s strained relationship with his father, Batman’s undying quest for redemption, and the Flash’s struggle to make something of himself are either underdeveloped or leave the audience with little. Even Steppenwolf, the film’s primary antagonist, has a vague motivation that’s impossible to fully piece together.

Because of this mania of emotionless subplots, it feels as if he emphasized bloating his product rather than making it necessary. The ubiquitous adage of “less is more” in film will always be essential but is a rule that never feels present throughout the film. It feels as if the audience is merely drifting along the film’s current. To Snyder’s credit, he tried significantly harder to make a project of artistic value than Whedon, but they both leave the audience with an expression of indifference. Only that, in this case, it’s two hours later.

Some of Snyder’s epic-scaled scenes are wounded by this trait as well. The battle on Themyscira—which has a predominant “Lord of the Rings” vibe to it—pits Hippolyta (Connie Nielson)’s Amazons against Steppenwolf’s Parademons. The Amazons are trying to prevent Steppenwolf’s army from acquiring a Mother Box, which are ancient change engines. As dynamic as it is, it’s also emotionless. It’s easy for the audience to feel their role as a passive observer in the scene, which bares poorly for it.

As this is a Snyder film, it’d be foolish not to recognize his polarizing emphasis on style. Often, this tendency devolves into pretentious frivol, and it’s present and exhausting in the film. He’s a fanatic of the use of slow-motion in his fight scenes, and it creates immense friction that leaves the audience frantically restless. It’s spewed throughout the film’s scenes, which makes its applicable uses far less significant. Even his more minor details, such as the film’s 4:3 aspect ratio, serve little purpose to the film’s storytelling.

One of Snyder’s most deft traits, however, is his willingness to depict brutal action. It’s not on the level of a masterclass like “The Raid,” but it’s well-done nonetheless. Most of the credit is due to his sound design. It was one of the shining features of “Batman v Superman: Dawn of Justice,” especially during Batman’s warehouse fight. In a fight scene pitting Wonder Woman (Gal Gadot) against a group of reactionary terrorists, her attacks emanate with her strength and truly feel damaging to the audience. It’s an enthralling aspect of a film with so few.

Ultimately, the film’s heaviest emotional significance was what its release meant for Snyder. The words “for Autumn” in front of its optimistic score to end the film are emblematic of his difficult journey towards its release. As a human, not a critic, It’s a tremendous victory for him and his family and a powerful reappraisal for everyone facing similar overwhelming tragedies. In that context, the film’s purpose is hopeful not in its content but rather in its creation.

You can watch “Zack Snyder’s Justice League” on HBO Max with a monthly subscription.