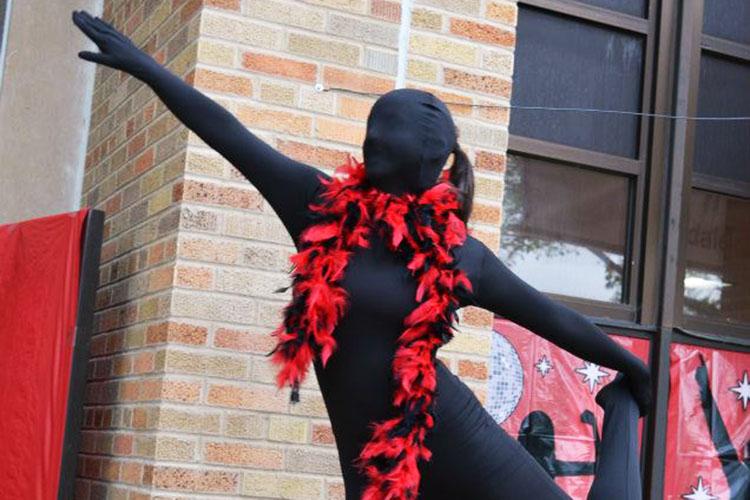 Never before had I received such a variety of looks from such a large number of people, people I both knew and had never seen before in my entire life. Impressed looks. Hostile looks. Skeptical looks. Fearful looks.

I could not stop laughing. It was ridiculous. I was just doing a favor!

One Sunday, my friend and I were baking double chocolate chip cookies. It was a rainy April day, and Prom was creeping up. It was all my senior friends would talk about- dresses, dates, foreseeable disasters. The theme, supported by the music of Jay Sean, was “Dance Like It’s the End of the World.” My friend’s mother was in charge of the “Red Carpet” portion, where prom-goers take pictures under the classic red and white balloon arch and in front of the gym doors. She had a vision for the decorations, and she was desperate for my help.

She presented me with my task. I laughed.

But, the gig was a two-person job, so I called a courageous friend of mine. And with my communication skills, how could she say no?

So there I was, wearing a black morph suit (which, for those of you who are unaware, is a single article of clothing that covers the body from head to toe), waving a red and black feathered boa around in the air, dancing like it truly was the end of the world. Anonymously on a platform three-feet off the ground, I could not care less what people thought because in the back of my mind, I felt comfort that no one knew who I was.

I was that girl. Groups of boys asked if I would get in a picture with them- as if I was the hot girl at Hooters or, more realistically, the guy wearing booty shorts and a cowboy hat strutting around Chicago. I hopped in the background of pictures, photobombing left and right. People thought we were hired. Most hoped this was the case. My payment? I got to keep the morph suit.

Once the flashes died out and cheeks grew tired from smiling, the party people filled onto the coach buses. My partner-in-crime and I revealed our identities (meaning we undid the zipper down the back of our head and peeled the suit from our faces). We put on our helmets, hopped on our ride (a blue moped), and cruised by the line of buses, honking a tune as we sped off.

Never before had I ever felt so ostentatious. I liked it.