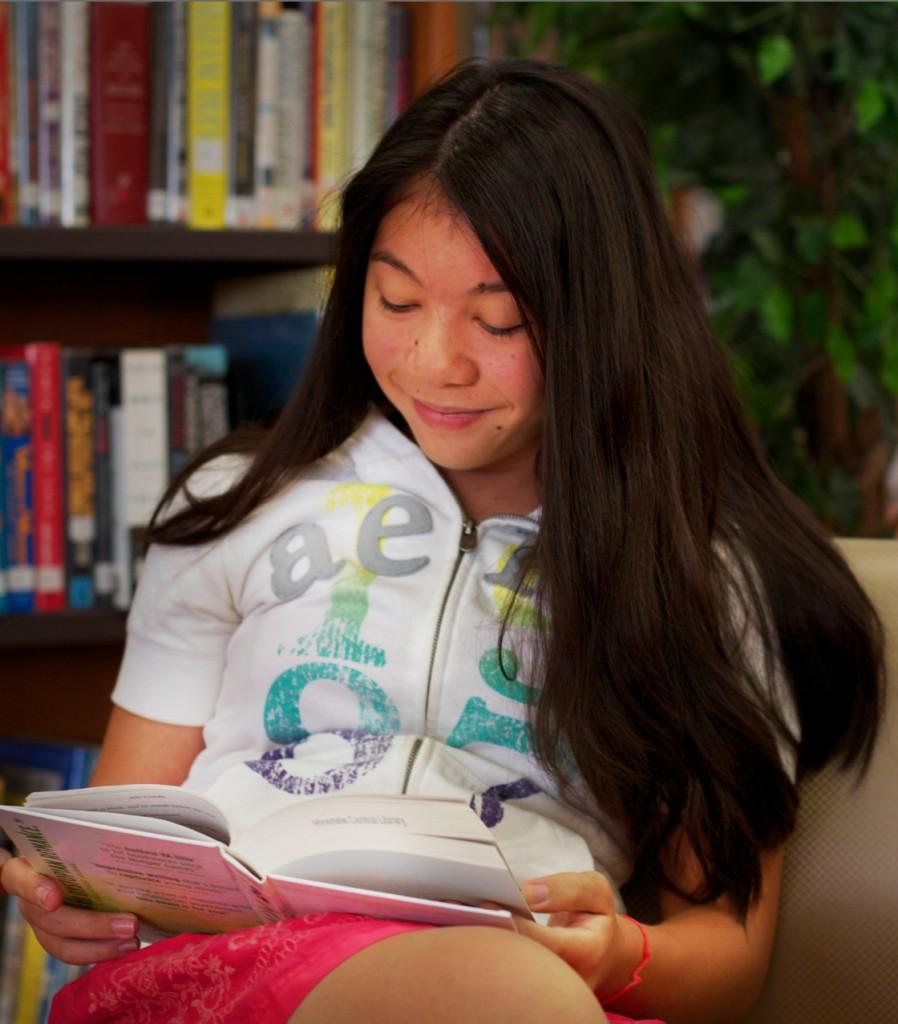 Ready Player One by Ernest Cline

As I’m sitting around one lazy summer day, looking for some entertainment, I stumble across a book on my brother’s nightstand. Its cover showcases a boy climbing up a ladder in what looks to be a mixture of a trailer park, high-rise, and garbage dump. It looks a little bit like the world in Wall-E. Little did I know I would complete the book in one sitting, kicking my brother out of his room when he wanted to go to sleep in order to finish it, because I couldn’t stand to get up for enough time to stop reading.

This book blew my mind away because it somehow melds video games and 80s pop culture, two seemingly random things, into an awesome adventure. Ready Player One is about the United States in 2044 when economic depression and climate change have taken its toll, and almost all teens and tweens are addicted to a simulation video game called OASIS. The creator of the OASIS has recently died, and when he did, he said he hid an Easter Egg inside the OASIS, and a large prize awaits the person who finds it.

The book was captivating for many reasons. First of all, the descriptions were amazing. Cline makes you feel the suspense and the hope as Wade, the main protagonist, goes on a mission to find the Easter egg. As Wade travels deeper in the game world, Cline’s simple and vivid description takes you deep into Wade’s world, inside the OASIS.  This also helped create a wonderful characterization. Wade is the perfect protagonist for this novel; slightly nerdy, kind of awkward, but essentially just a kid trying to make a name for himself in an increasingly harsh world. You can’t help but root for him. I also loved the puzzles and trivia. Solving the clues and learning the trivia as Wade searched for the Easer Egg is definitely fun and it keeps you on your toes. However, what I think is the most important part of this book is its relevance and theme. It’s amazing to think of the world that Cline created (because it really isn’t too far away), the amount we rely on computers, some weird weather these past few years, and the recession. Yet through it all, there is hope for a better tomorrow.

I would suggest this book to fans of Ender’s Game (there are so many parallels), to anyone who loves the 80s or grew up in the 80s (the trivia and allusions are interesting), and to gamers (who will be introduced to a whole new era of gaming).

Even more, after reading the book, I found out that there is an Easter egg hidden inside the book. Just another incentive to read it! And stay tuned for more since the book is being made into a movie, coming out 2014 by Warner Brothers.