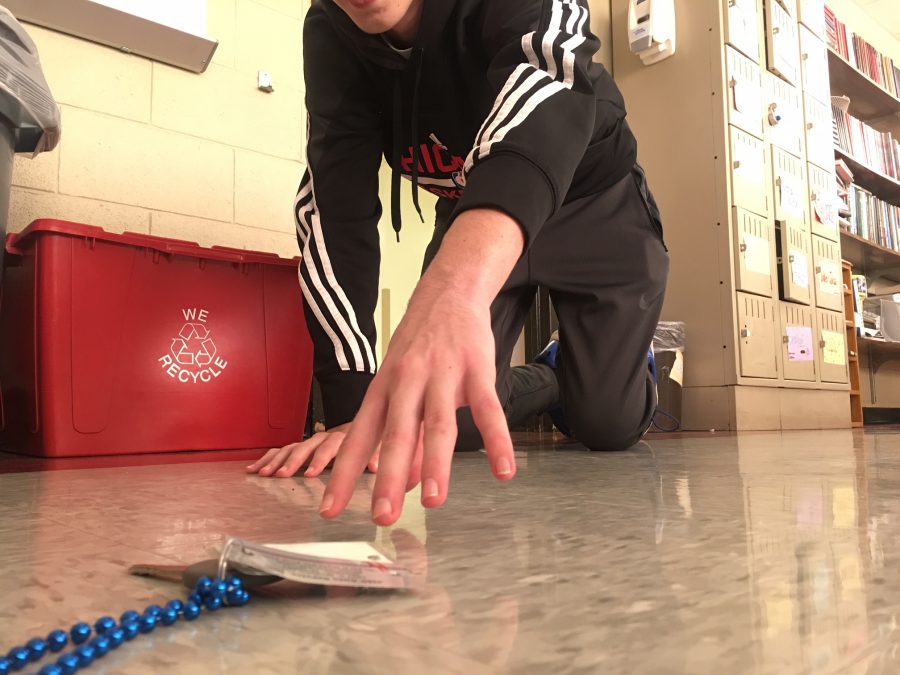 Everett Eck, junior, reaches for the stars (and his keys).

With the presidential election finally winding to a halt, and the president chosen, we can finally begin to focus on the pressing issues that our country faces rather than on the candidates that we are electing to fix them. Though there are many social and economic issues that our country is facing and that President-Elect Trump will have to attempt to ameliorate, there is one issue that affects us right here at Hinsdale Central. This is an issue that out weighs all the rest. Key theft.

Devils’ Advocate writer Everett Eck has had his keys stolen. This is unacceptable and will no doubt go down as one of the great crimes of our generation. Whoever is the perpetrator to such a heinous crime will be remembered among the likenesses of the most infamous criminals in history. Al Capone, Bonnie and Clyde, John Wayne Gacy, Charles Manson, and worst of all… The Hinsdale Central 2016 key thief.

As a community we cannot stand for such injustice, this is not the first time this has happened in our community… probably. This type of theft just instills fear in the entire community and should be regarded with the upmost severity, especially with the rise of such thefts recently. The facts don’t lie, last week there were no thefts of Everett Eck’s keys, and this week there was one. At this rate next year we will be at 52 Everett Eck key thefts per week. That is unacceptable.

“I am not happy but whatever,”  said Eck in response to the theft of his keys

We know what this really means. He is heart broken. How could he not be when he instilled this much trust in his community only for them to totally betray him.

“It makes me scared for my keys. Who is safe anymore,” said Lourdes Gomez, senior.

No doubt this will be national news after all of this election stuff calms down, but for now, we need just stay focused on the safety of our own community. In order to combat the recent influx of crime students are embracing a new form of technology to keep their keys safe.

“I use a keychain so I am not too worried about it to be honest,” said Izzy Lteif, senior.

No matter where you are or what you are doing in the Hinsdale area make sure you keep your friends close and your keys closer. If your keys are threatened call the Hinsdale PD immediately. We do not need a repeat of the atrocity that occurred this week regarding the keys of Everett Eck. On that note, if you wish to pay your respects to the fallen keys, please leave flowers, candy, or just notes to the keys in memory in or around room 249.