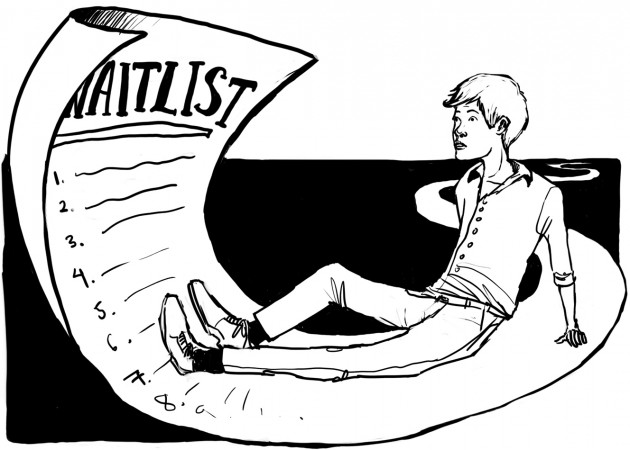 Look! There are a lot of schools you can get waitlisted at.

The college admissions process is a magical time for many seniors. People work hard for four years and reap the benefits of getting into one of their top choices. For those who are less fortunate, however, they sometimes have to settle for safety schools. No, not because they were rejected; they were waitlisted.

Colleges are like girls. You got those dime pieces who are willing to give you a chance at times by accepting you and those who just reject you because you didn’t cure cancer. But the worst ones are the ones that tease you a little but really don’t want you at all in the end. I call them the waitlist chicks. They’re the worst.

Here’s the thing about waitlist chicks, especially the really picky ones: they let you know that you were almost good enough, but they don’t give you the satisfaction of actually going for you. So, while you can feel better than just being flat out rejected, you also feel like you want to punch a tree. Or a sandwich. Or even a banana.

***  “When I got waitlisted, I was so irritated,” said Barack Obama. “Thanks Obama.”

Now, if you want advice on how to deal with the pain, I got you. I personally applied to fourteen schools and was waitlisted at ten.

So, when I got waitlisted at one of my top schools, I sent an email, saying, “No, you’re waitlisted!!!!” Clearly, they thought this was hilarious, and they accepted me five minutes after I sent that email.

Okay yeah, I lied about that. But if that worked, that would have been really cool and savage. Seriously, the best way to deal with not getting into your dream school is to go to the dream school and slap one of the admissions officers. No joke.

*** This quote was fabricated for satirical purposes.