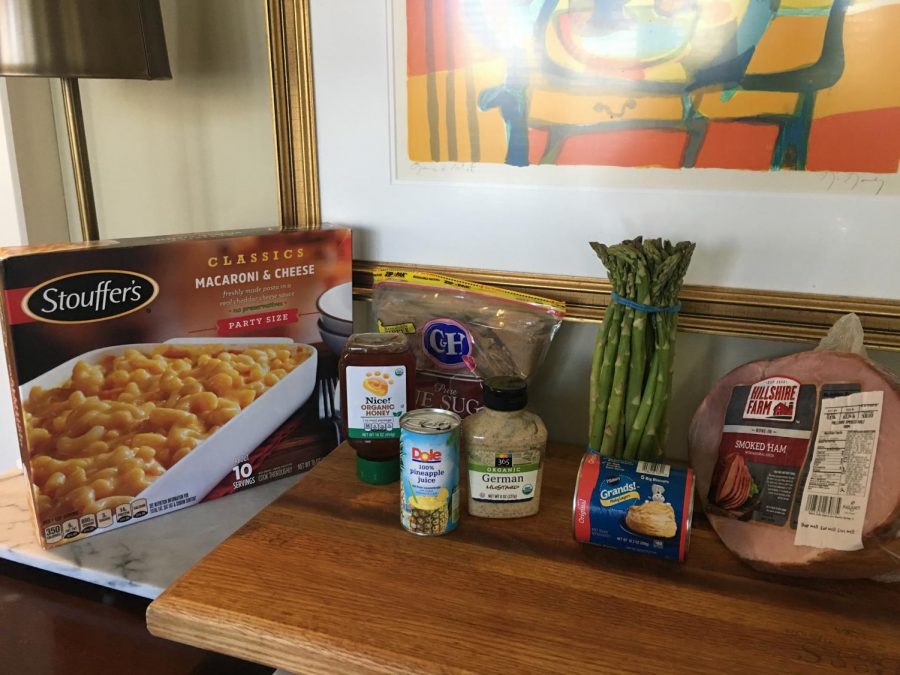 All the ingredients were cheap and many could be found in your own kitchen.

Springtime is a time for a change, even in the way many of us eat. Most people have favorite food options for different times of the year, while others are open to new dining options.

“[In the Spring], I like to have lots of Chipotle,” said Tyler Cashman, junior.

Chipotle makes sense; it has a balance of greens, fresh salsa, and meat, definitely for spring or summer.  But other people may like more refreshing food.

Some of these food options are great, but for many seniors who will be heading off to college soon, their newfound independence may create the need to cook, some for the first time. An important factor in deciding what to prepare for any high schooler or college student is budget, so I chose to make a meal for at most ten dollars per person.

Because it is springtime, specific food items, such as asparagus, are less expensive than they would be during the fall or winter seasons. I chose to buy asparagus ($1.84/lb), Hillshire smoked ham ($3.87/lb), and Pillsbury grand biscuits ($1/biscuit).

The ham was put in the oven at 300 degrees in a roasting pan with an inch of water at the bottom, covered in foil. The foil trapped the water as it evaporated, keeping the ham from drying out and preserving the flavor.

I also made a sauce for the ham. Based on just four ingredients (½ cup packed brown sugar, three tablespoons honey, one tablespoon Dijon mustard, one tablespoon citrus juice), the sauce is straightforward to make; just mix the ingredients with a whisk until they are well blended. When the sauce and ham were finished, I just spread the sauce over the ham to add rich flavor to the ham.

The asparagus was roasted, which kept it warm and toasty, consistent with the theme of the dish. The macaroni and cheese was also very complimentary to the ham and asparagus.

Some other good springtime recipes can be found here.