Is Ultimate really the Ultimate? 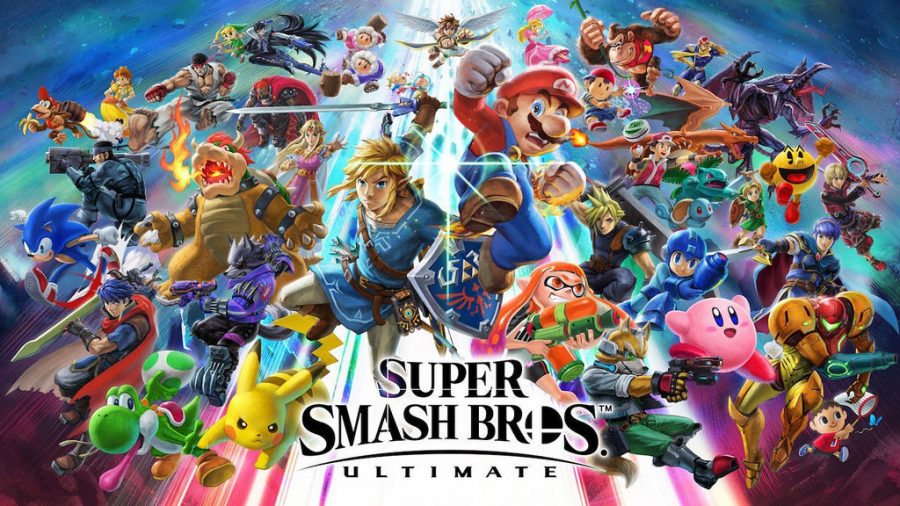 The newest installment of Smash Brothers hit the market in December and has pleased many gamers.

Any version of Smash Bros. can be found in various different gaming competitions to this day and can even be played at Gaming Club on Thursdays in either Room 300 or 303. Evidently, Super Smash Bros. has developed a cult following that has culminated in a large fanbase and tournaments held by every middle school edge lord’s favorite league, Major League Gaming.

When you actually sit down to play Super Smash Bros. Ultimate on the Nintendo Switch, the game starts off with an intro sequence that I’m sure is really cool, but I and everyone I know skips it. The start menu then gives you six options for how to play, ranging from story-mode to brawl, the most popular of which seems to be brawl. Once there, you are given a roster consisting of both new and old characters, including Princess Daisy from Mario and Ken from Street Fighter.

Super Smash Bros. Ultimate can be played in the standard format of two Joy-Con controllers for a full range of motions and attacks and can be played with a singular Joy-Con to allow for easy two-player action.

“It’s a great game, especially for anyone who isn’t already into fighting games and easy to learn,” said Jason Fu, junior.

The wonderful chaos that Super Smash Bros. is iconic for is nevertheless present in the updated Super Smash Bros. Ultimate, and stems, ultimately, from the clash of the different player styles: that of the casual yet frantic button smasher who picks the characters they’ve heard of before, and the dedicated gamer who knows the best combos and also knows how to pick the strongest character for any situation.

All this fun comes at a price. The game by itself costs $59.99, which alone is an average, fair amount when compared to other Nintendo Switch games. The Nintendo Switch itself, on the other hand, is $299.99. An Xbox One, another game console, can be found for $199.99 at GameStop. Coming along with the Switch is the small stigma against a console meant for children being played by a high schooler.

That being said whether you decide to buy a Switch is entirely up to you and if someone calls you out for it, who cares? If you enjoy the more casual games that you can play on the Nintendo Switch, such as Super Smash Bros. Ultimate, then perhaps it justifies purchasing a Switch.