Rising Healthcare Costs: Are Biosimilars a Solution or a Problem? 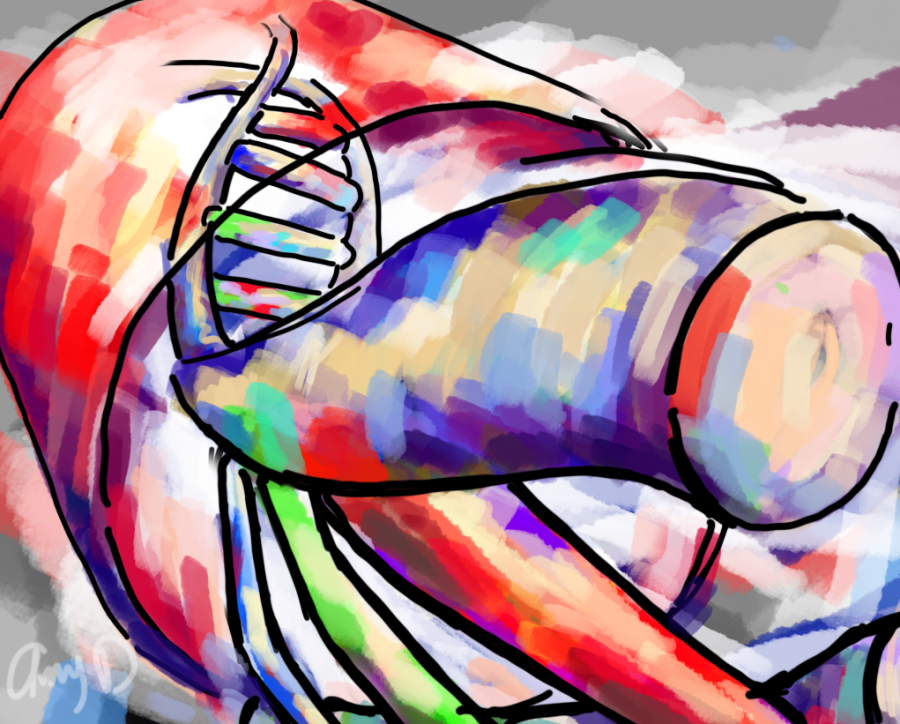 For many Americans, ever rising healthcare costs have made effective and state of the art healthcare inaccessible and unaffordable. According to a study conducted by the American Medical Association, the U.S. spent almost $3.5 trillion dollars on healthcare in 2017 (nearly 2 times that of comparable OECD countries), and yet many patients don’t have access to life-saving medications that treat fatal diseases like cancer. Biologics have revolutionized the treatment of several diseases including cancer. These drugs play a major role in many disciplines of medicine including life saving treatments in many types of cancer and vaccines for children. However, biologics have also increased healthcare costs significantly. In the US, spending for oncology drugs constitutes 12% of the total spending for drugs. In 2004, the US spent about $10 billion on producing biologics. The NIH projects that the oncology drug market will reach $112 billion by 2020 predominantly due to the cost of biologics. As a result, a new class of drugs has been developed to offset the rising costs: biosimilars.

What is a biologic?

A biologic is an innovative medication that is grown and extracted from a living cell. It is an extremely complex molecule. To give an idea of just how complex these molecules are, a monoclonal antibody (a type of biologic that is typically used to treat cancer and arthritis) is 830 times larger and heavier than aspirin (a generic). In fact, the structure of a biologic may or may not be completely known. It can never be exactly duplicated by two different manufacturers in the way that simpler medications can be. The process of developing a biologic from inception to market commercialization is not only tedious but also long. A DNA sequence that codes for a specific protein is inserted into live host cells to produce that particular protein. The extracted protein mixture is purified and the isolated protein is the biologic.This whole process can take greater than 10 years and must occur under strict conditions in order to ensure the safety and purity of the product.

What is the problem with biologics?

The primary issue with biologics continues to be the inordinate price tag they come with. The labor-intensive and tedious production process along with the complex FDA approval process are major contributors to the skyrocketing cost of Biologics. The cost matters to patients, providers, payers, and society, and affects patient’s access to care, treatment, and outcomes. For example, Sovaldi, a curative drug for treating Hepatitis C, a life threatening disease, costs around $90 – 180K. In 2017, this one drug lead to almost every national carrier missing their quarterly earnings. Similarly, Ilaris, approved for treating various Periodic Fever Syndromes, can cost around $370K to $460K. The list goes on. To make the matters worse, in 2018, about 59 biologics were approved for treating various conditions either in a better way or in many cases were largely untreatable to date.”

Is there a solution?

Recently, a less expensive product class, called Biosimilars, was developed in order to lower the cost of biologics. Biosimilars are products designed to mimic existing biologic products. The FDA states that biosimilars must demonstrate no clinically meaningful differences in safety and efficacy from the reference biologic product (but minor variations in inactive components are permitted). The essential structure (amino acid chain) is the same, but the mechanisms of action can be different. The development of biosimilars takes around 7-8 years and 200 million dollars to develop (compared to 10+ years and about $1.2 Billion for Biologics).

Biosimilars are projected to save the U.S. healthcare system millions of dollars. According to the RAND corporation, biosimilars will reduce direct spending on biologics by $54 billion from 2017 to 2026.

What are the main concerns with biosimilars?

There are also several concerns with biosimilars including safety and efficacy, biologic variability, immunogenicity, extrapolation, and interchangeability.

The safety and efficacy of Biosimilars is a concern as they are not tested in robust large phase III clinical trials for similar end points of patient benefit as Reference Biologics. The enormous complexity of the cell machinery used in the manufacturing process means that biologic manufacturers cannot be rigidly controlled, and a certain degree of biologic variability is present in these drugs, both within and between batches. This variability results in challenges for biosimilar manufacturers, in that they must manufacture a product to a moving target. A further complication is that the proprietary technology used to develop the original molecule is unknown to the biosimilar manufacturer. Immunogenicity is defined as the propensity of biologics to generate immune responses to itself and to related proteins. Because the biologic administered to the patient is a foreign protein, the body may develop antibodies to attack the biologic. However, since the biologic’s shape is similar to that of endogenous proteins (proteins actually produced by the human body), the body may also develop antibodies to attack these endogenous proteins, triggering side-effects sich as allergies, anaphylaxis, and fatal auto-immune disorders. Physicians are particularly concerned about the practice of extrapolation, in which information and conclusions from studies in one or more groups of patients is extended to make inferences for another subgroup or population of patients. Concerns included the pathophysiology of the drug as well as pediatric indications. Some Medical associations commented that extrapolation of data should not be allowed for any indication in which the pathophysiology is known to be different or is yet to be elucidated.

Finally, interchangeability is one of the biggest concerns with biosimilars. The FDA has allowed  pathways for biosimilars to be interchangeable with Reference Biologics, meaning that if a physician orders a treatment for a patient, the doctor has no knowledge of whether the drug administered to the patient is a biologic or biosimilar. Although the tests are more rigorous for biosimilars to be deemed interchangeable (they must go through human clinical trials and yield the same clinical result as the reference biologic). Physicians’ are concerned that forced nonmedical switching of some stable patients could result in the worsening of disease, severe flares, therapeutic failure, antibody development, and the risk for more adverse events than those associated with current therapy.

The opposition to the production of biosimilars mainly originates from big biologic producers- Pharma Industries. Because the biologic takes so much time and effort to produce, biologic producers are able to obtain patents for their products that last 10-15 years. During this period, Pharma Industries makes billions every year manufacturing and releasing the biologic. After the patent expires, biosimilars can be developed based on the reference biologic, which means a great loss in revenue for the pharmacy that developed it. This can result in patent disputes relating to the entry of biosimilars.

Several doctors, while supporting the idea of lowering biologic costs to increase patient access, are also skeptical of biosimilars. The safety and efficacy issues described above prevent them from using biosimilars over biologics. Doctors also fear the interchangeability of biologics and biosimilars can invite overly burdensome administrative protocols, loss of productivity, and lower personal and institutional profits.

Where does the US stand with biosimilars?

Currently, the FDA has approved a number of biosimilars. In 2015, the FDA approved the first biosimilar, filgrastim-sndz. The amino acid sequence of the reference biologic (filgrastim) and filgrastim-sndz was the same, and certain properties (biological activity, receptor-binding, physiological) were highly similar.

With the strong opposition and concerns, should the US give up on biosimilars?

While the issues with biosimilars described above are considerable, the broader scientific and the physician community believes that the Biosimilars present an opportunity to significantly improve access, affordability, and patient outcomes. Successful release and proliferation of Biosimilars would create greater patient access to life saving and cost effective medication. They also allow for greater competition in the healthcare market and foster innovation. While there are likely to be a few mis-steps and associated learnings along the way, Biosimilars, on balance, have high potential to solve for the pesky affordability and access issues in good measure. The US needs to find the right balance between the amount of testing required and the supporting evidence, while ensuring continuous learning, for maximizing patient safety and outcomes while minimizing costs.