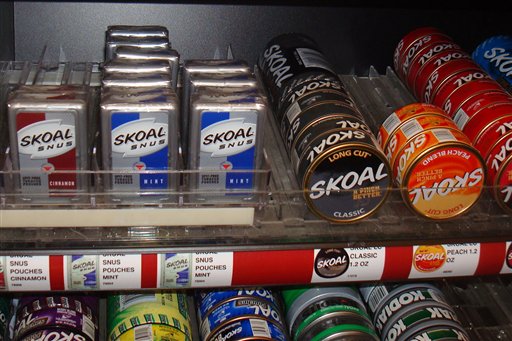 Smokeless chewing tobacco has now become common for some students to use at Central.

Although illegal for anyone under the age of 18, students have been reporting that they are aware of their peers using chewing tobacco, or dip as it’s more commonly known as.

“Every day I see at least someone in one of my classes using dip,” said Phelps Merrell, junior. Students are able to get away with this in class because certain brands of chewing tobacco are flavored and can resemble gum or candy.

“I started [using chewing tobacco] four years ago. I just wanted to try it,” an anonymous student dipper said.  “I used to dip during class, but I don’t anymore.  I would just put it in the back of my mouth and swallow it.”  The student is still using chewing tobacco outside of school.

According to the Centers for Disease Control and Prevention, 8.9% of high school students admitted to using some form of smokeless tobacco as of 2009. Chewing tobacco, like cigarettes, are addictive and can lead to different forms of cancer such as oral cancer, esophageal cancer, and pancreatic cancer.

Tom Young, junior, believes that chewing tobacco isn’t as emphasized as a problem compared to other things. “Health class is all focused around sex, alcohol, and cigarettes,” Young said. “They barely touch on [chewing tobacco].”

Young believes that this could be part of the problem for kids using chewing tobacco. “Kids might not know the risks because [drug education programs] spend less time on [chewing tobacco].