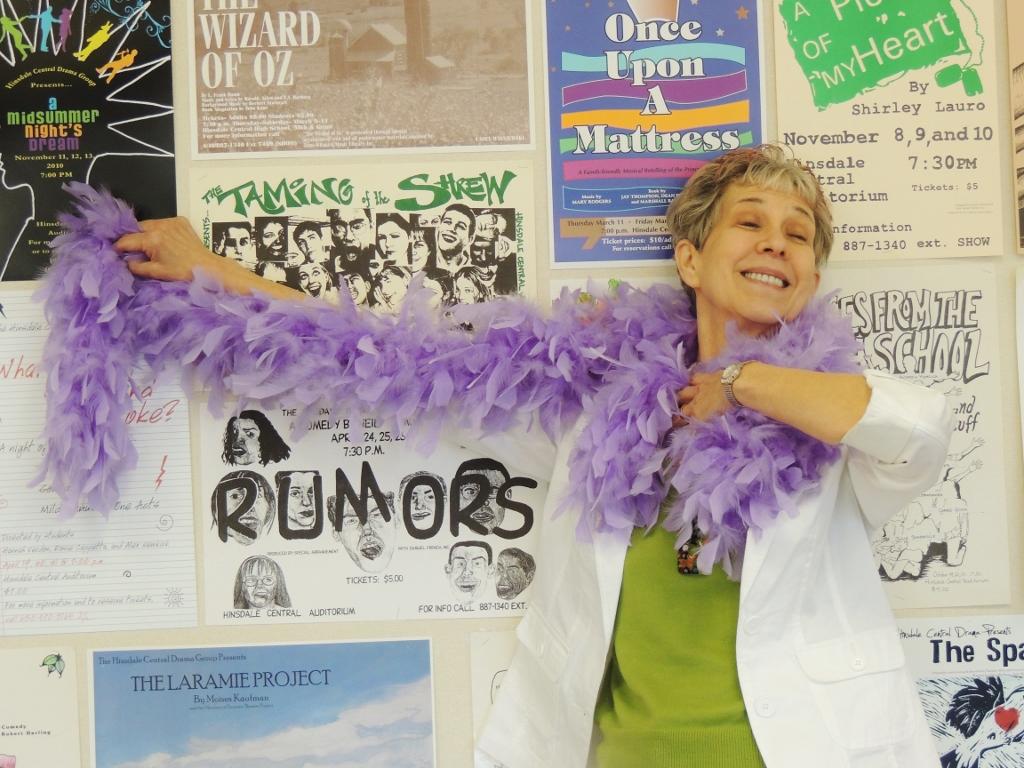 Many students were shocked to see Mrs. Christine Hick’s dyed purple hair, but according to Hicks, her wild hair is just the first check off a long bucket list. Hicks plans to complete the bucket list before her departure from Hinsdale Central at the end of the 2013-2014 school year, concluding her 35 year tenure at the school.

“I think that it has been wonderful being here, but I think it’s just time to be in my garden and to be doing other things and be spending time at home, and to let new people into the theater department and into my classes,” Hicks said.

“You have to look at things in a different way to give you the energy to appreciate what’s around you and not be sad that you’re going to be missing it. So I was just trying to take on a little spin to the year,” Hicks said. “You just don’t want to leave anywhere saying ‘Gee if only.’ That doesn’t mean people have to go wild and nuts and do goofy stuff, but if there’s something you’re wondering about, try it.”

Mrs. Hicks believes her biggest accomplishment lies in her work in the Drama department. Sixty-five posters, each of them from a play or musical that Hicks has been involved in, line the walls of her classroom.

“I love the strength of the department [and] the quality of productions that I have been able to do. That was a long road because when I started in the 80’s [because] it wasn’t quite as big of a deal as it is now, so I love the growth in the Drama department. I also feel like I’ve been really instrumental in helping the kids’ writing improve, whether in AP or in regular, so I love that,” Hicks said.

In regards to her feelings about leaving, Hicks doesn’t quite believe she’s leaving yet.

“Right now, I am really enjoying being here, and I am truly hoping that I can take that all with me. I am not looking at the sadness part of that; I’m just not recognizing it,” Hicks said.

Hicks didn’t reveal much about her mysterious bucket list, but did add this: “I think the library may be a fabulous place to do a cartwheel.”