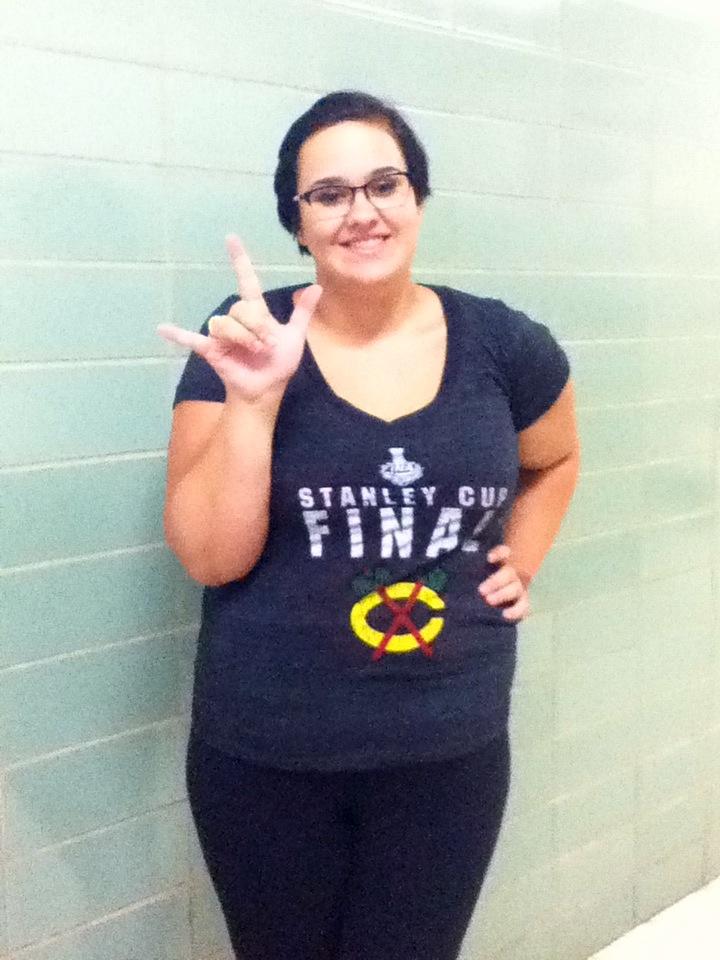 It’s eight in the morning and junior Kate Krupp is sitting in class taking grammar notes.  Instead of the usual sound of a teacher lecturing however, there is silence. This is because Krupp is learning sign language at Hinsdale South.

“Our teacher stands in the front, and depending on the day we’re learning vocabulary or grammar, like a normal foreign language class. But it’s all in sign language,” Krupp said.

“A family friend of mine is an interpreter. And my cousin would always have that family friend over and I would see them signing all the time to gossip and it was so cool just to watch them,” Krupp said.

Once interested, Krupp began looking around for places to take sign language classes, and found that Hinsdale South has a well-established deaf and hard of hearing program.

“I had discussions with both the deans of the schools as well as the teachers and the head of the deaf and hard of hearing department at South,” Krupp said.

The current arrangement is that Krupp provides her own transportation to South in order to take the sign language class. She takes the class first period and has second period off to allow for travel time.

Krupp thoroughly enjoys the class and has made a number of new friends as a result of the class. To this day she still keeps in touch with friends she made in the class who have graduated.

“One of my good friends at South is deaf, so I communicate with her with sign language,” Krupp said.

Krupp has also taught sign language to a number of friends who aren’t deaf or hard of hearing, such as Veronica Cothard, junior.

“We would spend all of lunch signing to each other, and whenever we came across a word or sign I didn’t know, it was like a giant game of charades until I figured it out,” Cothard said.

In fact, the experience has now come full circle and Krupp and her friends can now sign just like Krupp’s cousin and family friend would.

“We sign song lyrics and just chat whenever were supposed to be quiet. It’s really extraordinary because we can, and have, held conversations from across the gym during assemblies when it’s impossible to hear anyone speak,” Cothard said.

Nevertheless, sign language is not all fun and games. It requires a lot of practice to learn.

“I pick up on languages really easy, but it took me a little while to get used to sign language,” Krupp said.

Overall, Krupp has leaned a lot from her experience taking sign language classes and believes that it really isn’t any different than learning a different language.

“Depth and hard of hearing people are the same as us, it’s just a little bit different language, kind of like how some people speak Spanish,” Krupp said.