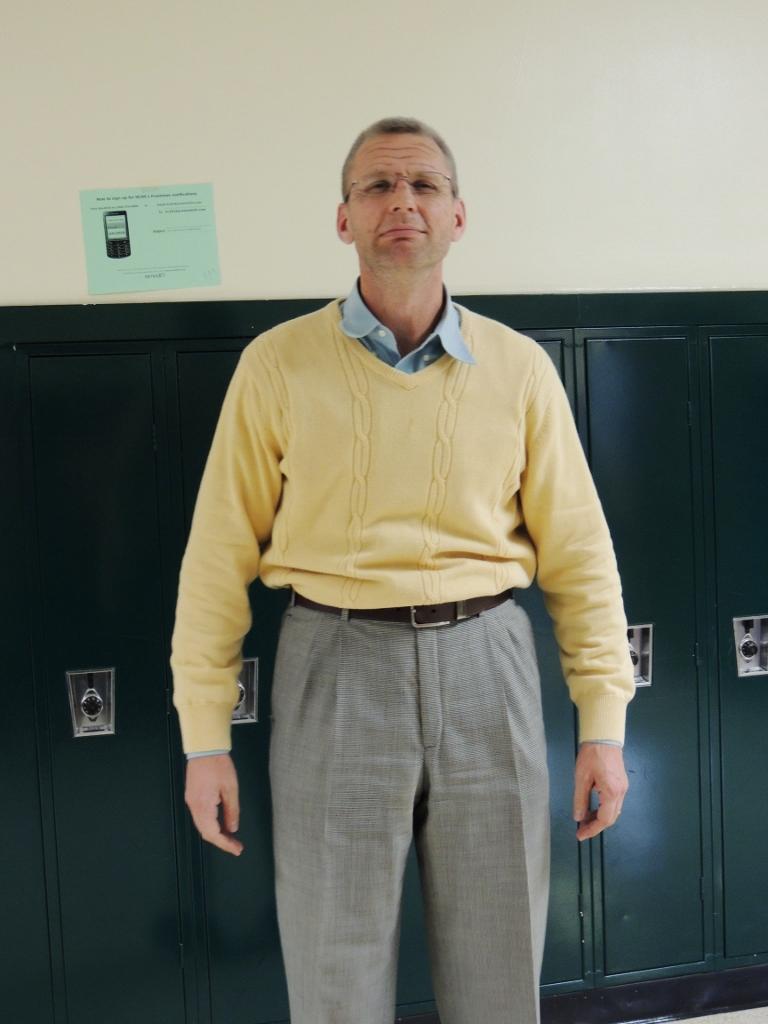 Mr. Matthew Doll, math teacher stood in front of his classroom Oct 31, earning some confused looks from his students. Whispers of, “Do we have a sub?” and sighs of relief for those who did not finish the previous day’s homework circulated about the room, until finally, with a second glance, the students realized that the old man standing in front of them with his sweater vest, wrinkles, grey hair, and pants hiked up past his waist, was in fact, Mr. Doll.

Each year on Halloween, there are a variety of teachers at central who dress up for Halloween, but none quite like Doll, who dresses up as a “crabby old man sub” named Mr. Olld. His act goes past his costume as Doll uses old-fashioned phrases, denies knowing the names of his students, and even blames his Halloween homework on the teacher he is “subbing” for.

“Once I started Mr. Olld, it kind of stuck,” Doll said. “He’s like a treasured friend.”

Doll’s motivation for his transformation into Mr. Olld every Halloween is simple.

Doll acquired the idea from his son, who dressed up as an old man in Kindergarten.

“He walked like an old man,” Doll said. “It was hilarious, so I thought I’d give it a try.”

The students were impressed at Doll’s efforts beyond just the physical transformation.

Doll’s costume manages to convince more than just his students. He claims that many of his fellow teachers do a double take when he walks into the math office, and one even mistook a real elderly sub for him.

“One of my coworkers who knows I dress up like this saw an actual old man sub in the hallway and thought it was me and was saying’ ‘Hello,’ and acting like a goof and everything,” Doll said.

“I don’t know what you’re talking about,” Zeeb said, when asked to comment on the costume. “We had a sub today. His name is Mr. Olld.”

Overall, Doll’s students seemed to really enjoy having a “substitute teacher” this past Halloween, and Doll plans to bring Mr. Olld back next Halloween.