Siblings work together as physics teachers 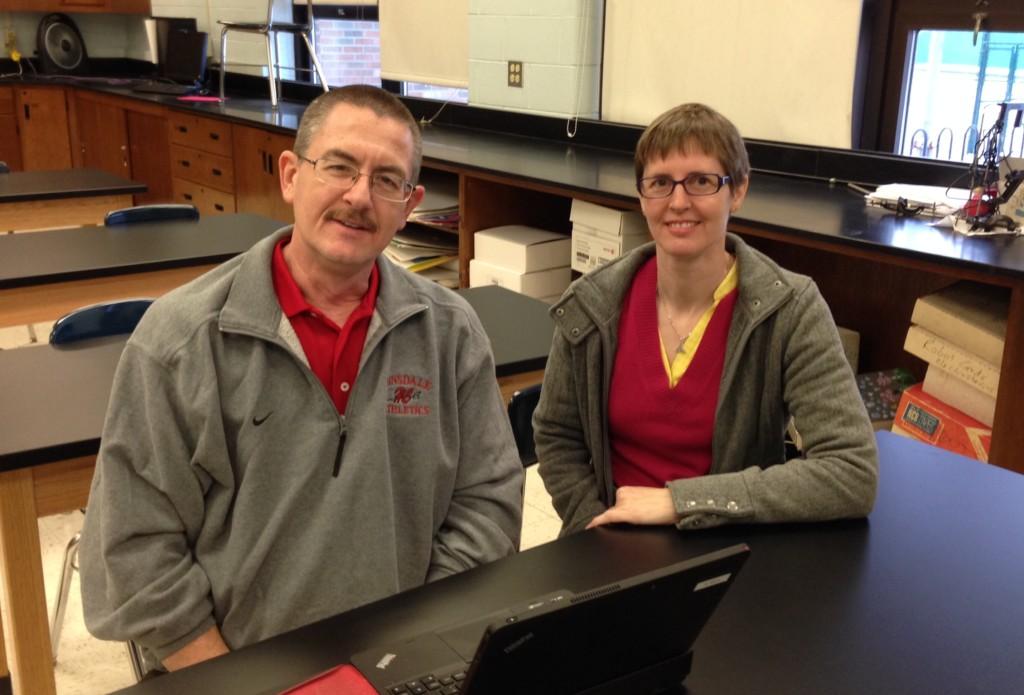 Instead of collaborating with his fellow staff, physics teacher Mr. Marvin Breig works with his sister every day to create lesson plans, quizzes, and tests. His sister, Ms. Anna Breig, is also a physics teacher at Central.

Mr. Breig, who currently teaches honors and AP physics, was the first of the two teachers to begin working at Central. Ms. Breig originally taught at Batavia High School and then switched schools. The two didn’t think that they would end up working together at the same place.

“It never occurred to me [that] it would be an option to teach together; most businesses are leery of hiring siblings,” Ms. Breig said.

“[Central was] looking for a physics teacher and the administration didn’t want to interview her because she was my sister,” Mr. Breig said. “Suddenly they needed to find someone in a hurry, so they decided to give her a shot.”

“[I] interviewed only because I figured I’d never hear the end of it from Mr. Breig if I didn’t,” Ms. Breig said.

Both Breigs have said that working with their sibling has multiple advantages.

“If one of us is sick, the other will always know what to write down for the sub to set up equipment or secure equipment that was left out in the room,” Ms. Breig said.

“We spend a lot of time discussing what worked and what we want to change. If students come in for questions, they can ask either one of us,” Mr. Breig said. “Overall, we spend a lot of time making our physics program the same experience for students no matter which teacher they get in their schedule.”

Although they are siblings, the two teachers don’t argue as much as one may think.

“There are still times when we butt heads, but we are fairly quick to come to an amicable solution,” Ms. Breig said. “We’re also generally willing to discuss options rather than forcing the issue one way or another.”

“I believe that we think very differently and together we teach a stronger course than either of us might teach individually,” Mr. Breig said.