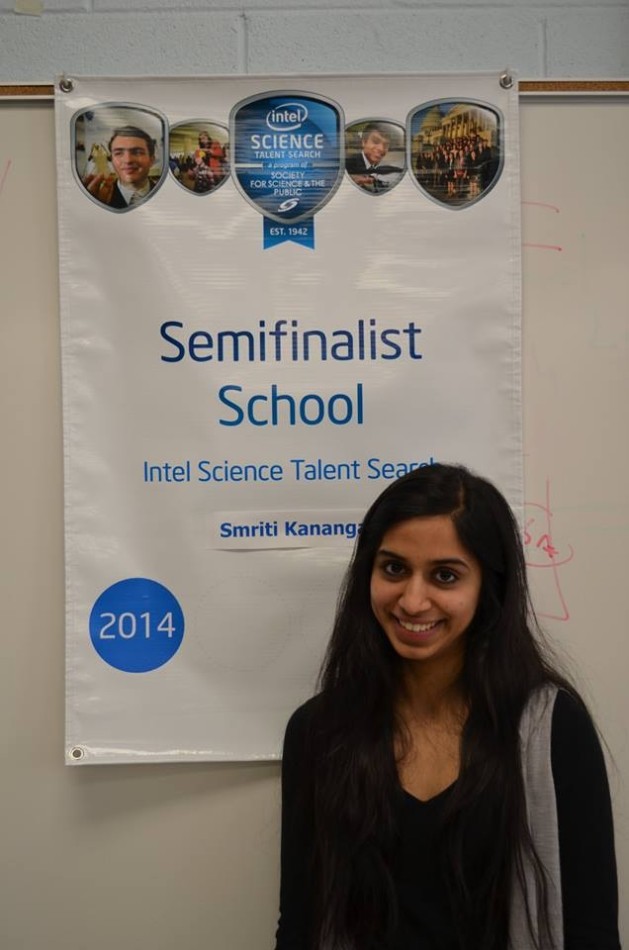 While most people hung out with friends during the summer, Smriti Kanangat spent long summers at a research lab at Rush University conducting research. She continued the work she began during her sophomore year, researching blood biomarkers that could indicate whether a patient had lung cancer. She saw all her work come to fruition, however, when she recently became an Intel Science Talent Search Semi-Finalist, a commendation significant in both its prestige and selectivity.

“There were times during the summer when I wanted to hang out with my friends or go on longer vacations, but I couldn’t because of research. It’s nice to see that it paid off in such a big way. It definitely, definitely made it all worthwhile,” Kanangat said.

The competition awarded Kanangat a $1000 college scholarship as well as a $1000 grant for the Hinsdale Central Science Department. Many of individuals who receive the prestigious award become Nobel laureates.

“If you look at the publication of all the people who are recognized as semi-finalists, people just have really cool research projects, and it was just cool to see that mine wasn’t the only one there. There so many other high school seniors doing equally interesting high-level research before college,” Kanangat said.

Kanangat began doing research at the end of her sophomore year and recalled the struggle that came along with doing college-level research as a high school sophomore.

“It was really hard to get used to lab procedures and how precise everything has to be and how [it’s] so easy to mess up and spill things and not measure things correctly,” Kanangat said.

She also believes that conducting research helped her develop skills outside of the laboratory.

“It just taught me to be really patient and be really precise and more responsible. In the lab when you mess up, you’re wasting really expensive resources and time you could have spent. It’s like the whole lab depends on the resources you are using, while in class, at most there is a letter deduction, but there are no real world consequences,” Kanangat said.