The 411 on the growing computer science program 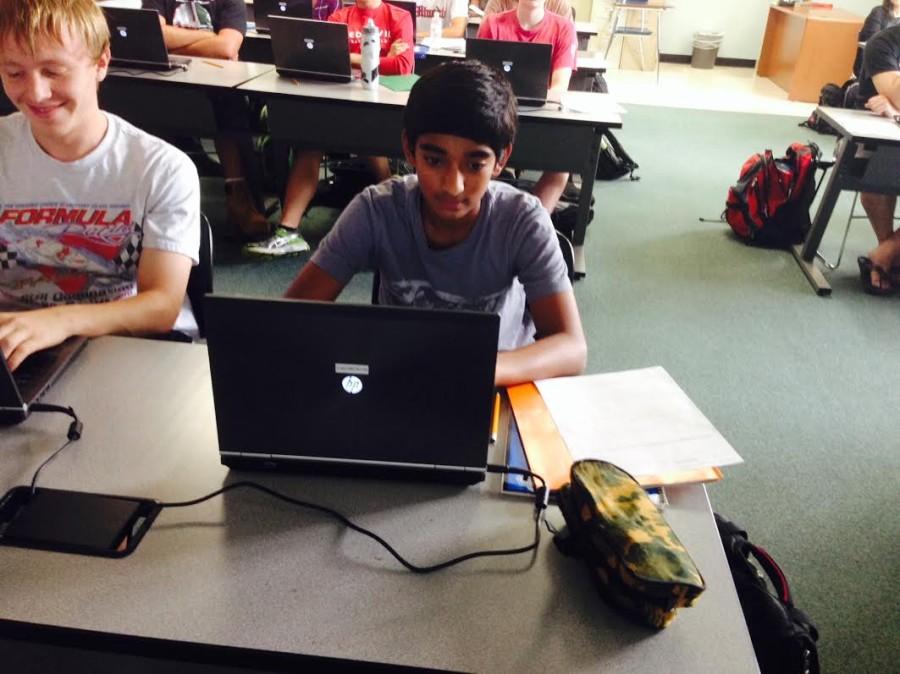 It’s a busy morning in room 213. The room is mostly silent, except for the clattering of keyboard keys and the occasional whispers between the busy, budding programmers. These students are no longer the novice programmers they once were a year ago in AP Computer Science. They are now far more experienced coders who have decided to take Computer Science Topic Honors.

This is the first year that Dr. Jo Ann Lopykinski, the creator of both Hinsdale South and Central’s computer science program, can no longer travel between the two schools to teach. While South’s program still exists, Dr. Lopykinski must now devote all her teaching potential to Hinsdale Central. This sudden shift was brought about by a rapid surge in students, new or experienced, participating in Central’s growing computer science program.

“In 2005, we had only eight students taking computer science,” Lopykinski said. “Now we have over a hundred students. The curriculum for the AP class is always changing, so it’s always a good challenge. Everything is technology these days, so it’s very important for kids to understand what goes on behind the scenes.”

Students explained their interest in participating.

“I took a computer science course over the summer,” said Christopher Orza, junior. “That course inspired me to take the AP course at Hinsdale Central. The AP test wasn’t a huge incentive in my choice, but it is a bonus. I also believe that learning about coding will help me understand technology better.”

Brian Glowniak, junior, who had taken the AP course the previous year, explained his choice to continue his computer science career at Hinsdale Central.

“I went on to Computer Science Topics Honors because I really enjoyed taking the AP course,” Glowniak said. “Computer Science is definitely something I want to major in in college. There are a ton of jobs out there that require expert programmers. The amount of things that can be accomplished with code is enormous.”