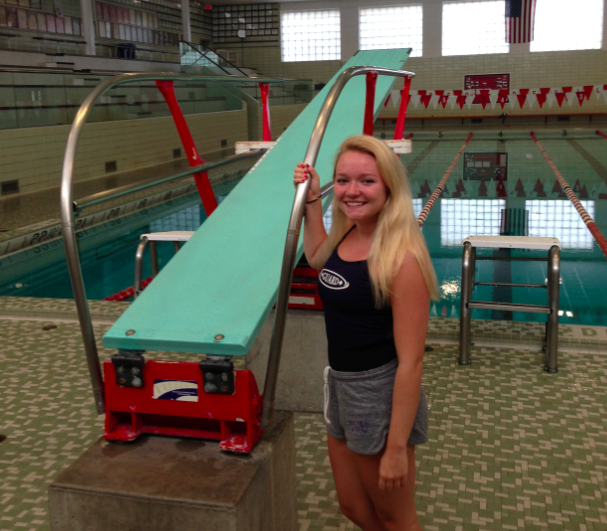 Students found various jobs to occupy their time over the summer, but none as seemingly as popular or exciting as lifeguarding. Despite the time commitment that comes with the job and the difficulty of keeping the kids in line, some funny and exciting stories gave lifeguards a chance to laugh through the blistering summer.

Brooke O’Grady, junior, may have experienced a more extraordinary sequence of events than any other Central lifeguard.

“True story: I saw a mermaid in the pool once,” O’Grady said. “I was watching the deep end of the pool when, all of the sudden, a mermaid was splashing around in the water. Still not sure how she got there. After that, all of the guards and I referred to her as ‘the mermaid of the Clarendon Hills Pool.’”

In addition to O’Grady’s mermaid story, Heather DeBoer, senior, also had an unexpected pool scenario when she rescued a man from drowning at the Hinsdale Public Pool.

“I was standing near our drop slide, and I’m not sure if [the drowning swimmer] had just gotten the wind knocked out of him,” DeBoer said. “Clearly he was freaked out and struggling, so I jumped in and helped him to the side.”

DeBoer’s story is perhaps more unusual than most because of the build and age of the man she rescued.

Not every lifeguard has as a story like O’Grady’s or DeBoer’s. For Donny Kwasigroch, senior, keeping track of the little kids constantly running around the pool became his daily challenge.

“The hardest part is keeping an eye on all the kids that are swimming,” Kwasigroch said. “At times, there can be a lot of kids in the pool at one time, and some of them aren’t the best swimmers.”

“Country club lifeguarding is pretty easy, compared to public pools,” Kwasigroch said. “We don’t have to do in-services, like practice CPR and our Red Cross certification on a weekly basis.”

In regards to public pools, O’Grady sees the diversity of any given day to be a challenge.

“It can be very chaotic somedays with lots of families there, and other days there would be five people in the pool,” O’Grady said. “I’ve lived in Clarendon Hills all my life so I know most of the families that go there.”

Kwasigroch added, “Usually [country club pools] are not as big and busy as a public pool, so it’s easier to manage.”

Even though public pools can be rowdier than pools like Ruth Lake, the formality of the country club atmosphere plays a part in how the lifeguards perform their job.

“The downside is having to wash and fold towels constantly,” Kwasigroch says. “It can be very annoying when kids ask for five towels throughout the day.”

Regardless of the setting, lifeguarding remains one of the most popular summer jobs for students to earn money.