Student’s passion for writing leads her to Chicago Tribune publication 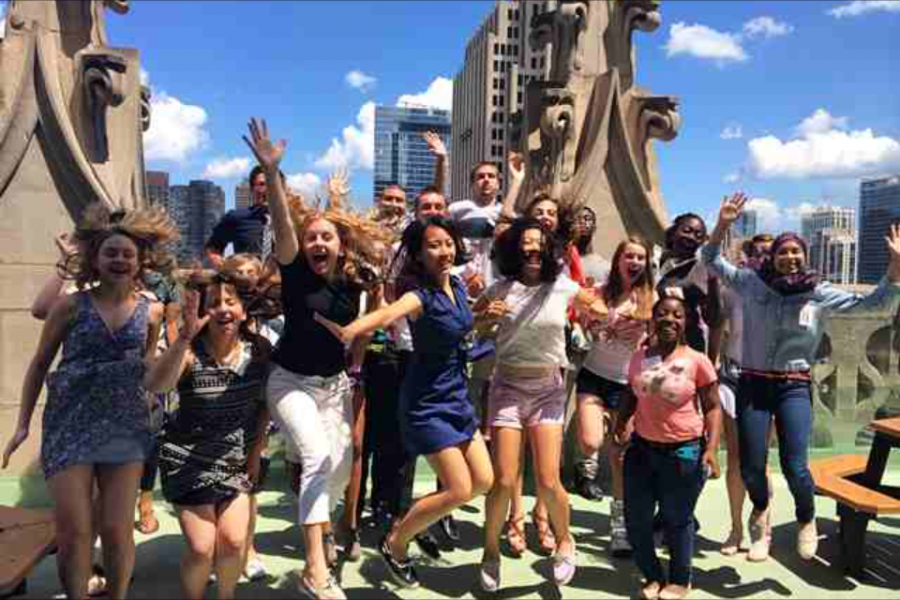 She listens to NPR podcast, Serial, instead of working on homework. This isn’t procrastination though and in fact, she is getting paid to do what she loves.

This is Riyah Basha, senior, who has been writing reviews of Serial lately, which she says is “my new favorite NPR podcast that tells a true-life murder story.” This is because she joined the Mash, the high school version of the Chicago Tribune, this summer, after applying in May.

“I started officially last summer with a week-long journalism camp at the Tribune Towers,” Basha said. “We got special access to the live newsroom and a private balcony with a view of 22 stories up.”

Besides being able to write about what interests her, Basha explained the other perks, “Just by virtue of being affiliated with the Tribune, the Mash brings a lot of professional street cred with it.”

She already is part of the Devil’s Advocate print team, but joining the Tribune’s staff also meant she “got to cover a much broader vain of topics and stories” since Advocate covers mostly news around Central. She writes traditional news stories, more informal lists and advice columns, and reviews. She also takes part in managing the Mash’s various social media accounts.

Overall, Basha said, “The Mash is what you make of it, and it can easily be the next step to a successful career in journalism, or simply on the path to being an informed media consumer.”

Read about the Mash here.