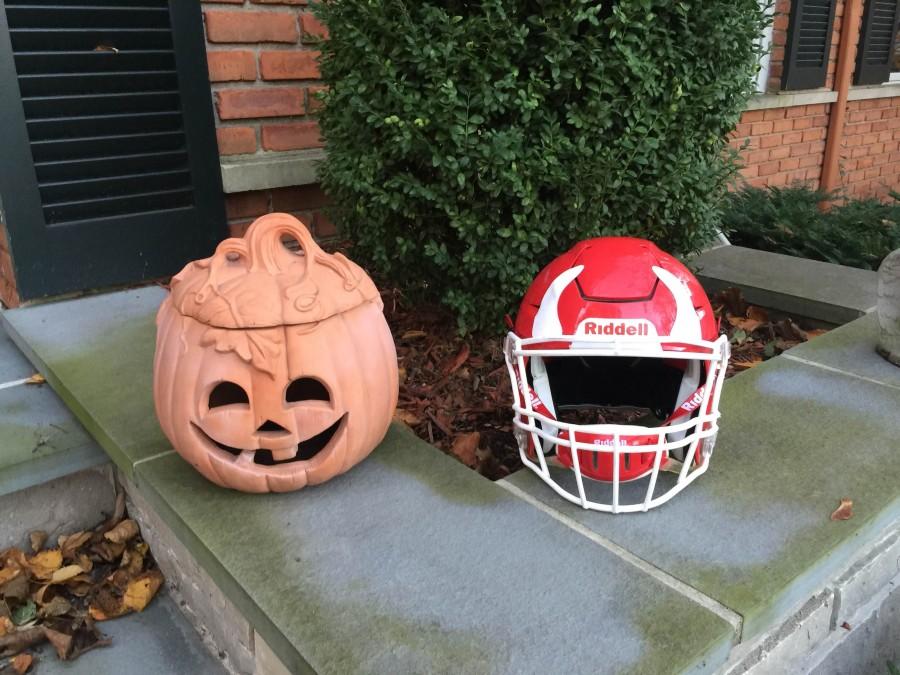 In week one of the playoffs, No. 14 Hinsdale Central football (7-2) will host No. 19 Neuqua Valley High School (6-3), in a game that falls on Halloween night. The timing is inconvenient for most students, who are used to having other plans on Halloween.

“[The scheduling] was short notice, so no one really wanted to do it, especially because it was on Halloween,” said Athan Arhos, senior member of the marching band.

The whole band class took a survey to decide whether or not they would attend Saturday’s game. They came to the conclusion that they didn’t have to go unless they wanted to receive extra credit.

“Based on who I have talked to, it is evident that the fact that the game falls on Halloween is an inconvenience for most,” social chair Eamon McMahon says.

McMahon is optimistic, however, and said that students will have to cope with the timing in order to support the football team.

According to McMahon, there will be three major things that will hopefully draw students to Saturday evening’s game:

There will be free candy handed out to everyone who shows up.
There will be a large sum of confetti cannons which, “seem to be a fan favorite.”
The theme is Halloween costumes; so changing in and out of them will be one less thing students have to worry about.

McMahon also said that since the game starts earlier (6 p.m.), students will get to leave in time for other Halloween festivities. While students can still choose whether or not to attend the game, the cheerleaders will be there.

“We’re hoping for a day game so the student section can have more people and parents won’t have conflicts with younger children trick or treating,” said Nicole Naccarato, varsity cheerleader.

Most of the cheerleaders expressed that they weren’t upset with the game time.

“Students can still watch the game and go and do whatever the want after,” said Paige Peterson, varsity cheerleader.

So while there may be rain in the forecast, the timing of the game should not conflict with Halloween plans.