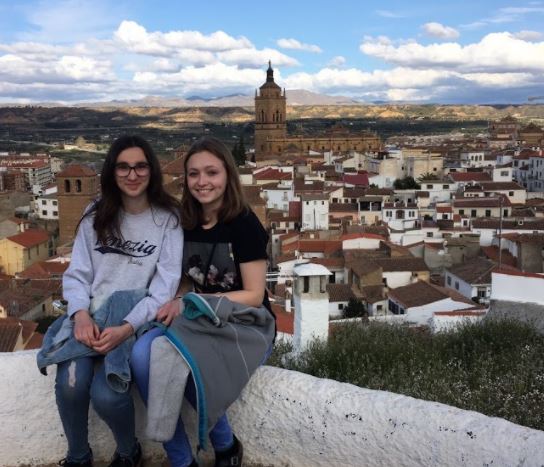 The annual Spain trip has received outstanding reviews across the board, many calling it one of the best experiences of their lives. It is an opportunity that is provided for anyone interested in the pursuit of the Spanish language or culture and/or anyone that is keen on making friends across the Atlantic.

Ms. Christina Brodell, one of the leading chaperones for the trip who organized the first one in 2016, teaches Spanish and emphasizes the impact of the trip to those who go on it.

“To see students create these friendships, across cultures, it’s really moving, because sometimes we get stuck in our own perspectives and our own world […] and to see students break that, and see new perspectives, that’s just really cool,” Ms. Brodell said.

It is not just Ms. Brodell, however, that has positive things to say. Former student Anna Brown, Class of 2017, highly regarded the program.

“The fact that I have friends half way across the world because of this trip is amazing. I am still in touch with them today,” Brown said. “Also, after this trip, I felt a lot more comfortable in my ability to speak Spanish. I didn’t know anyone else going on the trip but ended up becoming a part of a great group of friends.”

The trip primarily focuses on the immersion aspect, as students are expected to utilize their knowledge of the Spanish language and apply it to their everyday lives. Those who went on the trip unanimously agreed upon the experience as a great opportunity to better themselves in conversational skills necessary for communicating.

“I got to learn more of the slang terms and was pushed to use the vosotros form,” said Andrius Espinoza, senior.

The trip also contains a large social element, many calling it one of the best parts of the whole trip.

“[The students] are surprised that they meet someone of their own age that is similar to them, and they create a friendship and a bond with them,” Ms.Brodell said. “They share each other’s culture, and to them, it’s just the coolest thing to have a friend from Spain that Snapchats, and Instagrams, and everything they do, but in a different language.”

Carmen Cifci, a Spanish student who lives in Spain, had nothing but kind words as well.

“It was an awesome experience because we could learn about American culture and also [Central students] could learn about Spanish culture, and it made me more tolerant and able to see there are so many different forms of life and, of course, you make friendships forever,” Cifci said. “It’s an experience everyone should try because it has so much impact and it can change your life. It’s something you’ll always remember, and I recommended 100 percent.”

Ms. Brodell also encourages anyone who is piqued by the idea to follow it.

“If a student is interested in coming…to go outside their comfort zone, then find information, or apply, or talk to me or someone who has gone,” Ms. Brodell said. “Every student has said to me it has been the most important week of their high school career.”