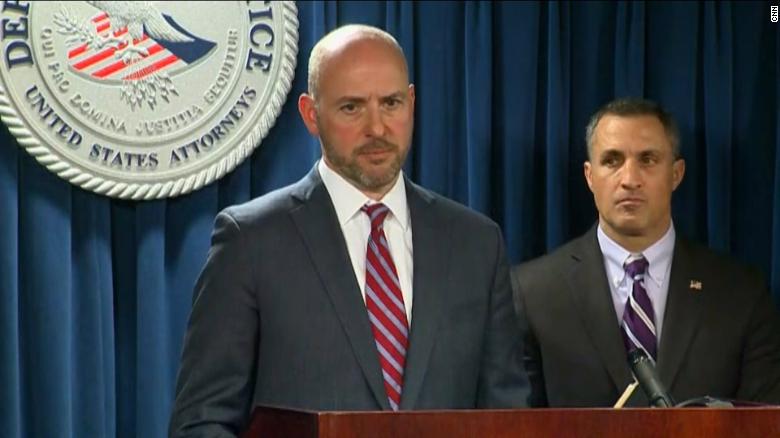 The prosecutor for the case announced the scandal to the public on Tuesday, March 13.

On Tuesday, March 13, one of the largest ever college admissions scandals in the US was revealed to the public. The admissions scheme was two-fold, one part involved an elaborate mechanism that allowed students to cheat on standardized tests and the other, more substantial one was the bribing of college coaches to accept students as athletes when they never even played the sport.

Fifty people were identified as taking part in this scheme, including prominent Hollywood figures like Lori Loughlin and Felicity Huffman. The orchestrator of this entire project was William Rick Singer, the CEO of a college admissions preparation company called The Key.

Singer took around $15,000 to $75,000 to help students score higher on standardized tests and in cases that involved bribing college coaches to recruit their children, some parents allegedly gave Singer more than $500,000. The entire scheme amounted to one involving about $25 million.

Singer had actually resided in the Chicagoland area for a while and advertised himself as a standardized testing tutor and a life coach, who could help students from a young age achieve academic success. Francesca Rimbos, Central freshman, met Stinger in 2010 when he was hired to prepare her older brothers for the ACT.

“My mom hired [Singer] as a tutor but she got rid of him because he was asking for a lot of money and she realized that he was not doing his job properly,” Rimbos said. “He only cared about himself and was not really teaching my brothers anything. He was very self-centered, and lied about how my brothers were improving [when they were not].”

Efforts to improve financial aid for the lower class and increase accessibility to quality high school and college educations has been high in the last decade. Yet, this scandal suggests to many that the playing field will never be balanced if the rich can continue to control the admissions process, whether legally or not.

For every student that was admitted on the basis of a bribe, a hardworking and deserving student was denied to such prestigious schools such as Stanford, Yale, and USC. These lesser-privileged students definitely didn’t have many of the resources that other students had and yet still they managed to succeed, only to be denied because they could not offer a bribe.

Olivia Jade, daughter of Lori Loughlin and prominent Youtuber, said in an older video, “I want the experience of game days and partying. I don’t really care about school.” Jade was admitted to USC on a bribe made by her parents to the rowing coach.

“I wasn’t overly surprised that this scandal had happened,” said Rocky Araujo, senior USC commit. “ Honestly, I kind of always suspected that some parents used money as a way to get their children into highly competitive schools, but I think it’s disappointing that they take a spot away from someone who deserves it. I think [the school] should hand out some pretty severe consequences to anyone who was associated with [the scandal] in order to deter it from ever happening again.”

With more wealth, students have an overtly better chance of succeeding and being admitted to better schools. Their opportunities grow as they have the means to hire tutors, college prep counselors, and sometimes even have a legacy at prestigious schools which research has shown may help their chances.

“I think that wealthy students do have some advantages but more so in the fact that they can afford private consultants, test prep, essay coaches, and other such things,” said Ms. Jennifer Regnier, director of counseling. “With this help, they will be in a better position than a kid who is academically at the same level as them. It kind of is what it is; I don’t want to say it’s unfair because the kids are being honest, unlike in the scandal situation, but they still have an edge over those other kids. That’s just the reality of life, unfortunately.”

Some students believe that this scandal will read to the revelation of other corrupt policies that govern the college admissions process and give some an advantage over others.

“Often times we question what advantages a minority student had in getting into a school, because of affirmative action and other such initiatives for diversity, but maybe we should be questioning how these upper-class students get in,” said Aman Natt, senior.

The colleges involved in the scandal are evaluating each student by a case to case basis, but many have released statements that they are committed to creating an equal opportunity for all applicants.