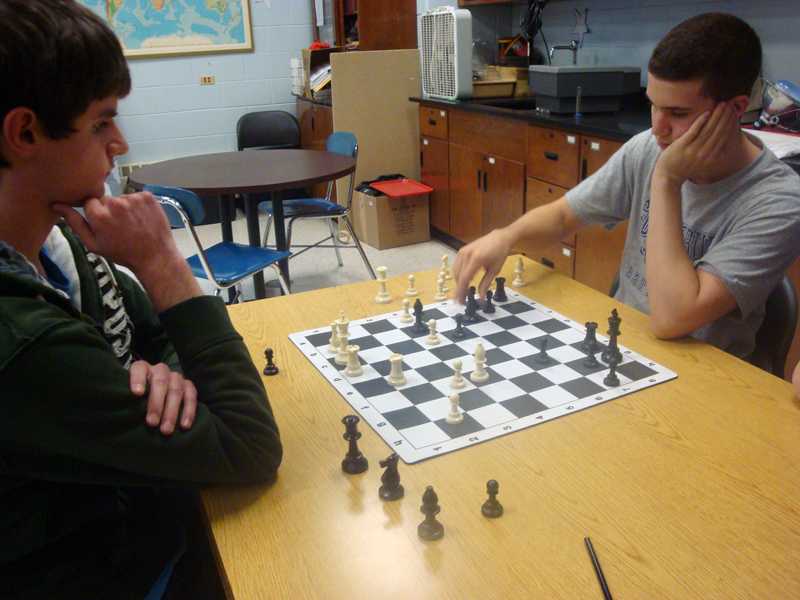 This year the Hinsdale Central Chess Club is gearing up to win the state championship.

“The beginning of the year is always the most exciting because we’ll be deciding who’ll be competing at meets,” said  Mr. Dylan Canavan, chess team sponsor.

The Chess Club currently has just over 30 members. It is a no-cut team, but only the top eight players compete at tournaments. In addition to the top eight players, the team also looks to leadership from its student leaders, Aakash Meduri, senior, and Watson Fu, senior.

In preparation for state this year, the club has started using a new way to choose the top players. Team members play games against each other and record the results. A student’s position on the team is based on how many games he or she wins.  “It’s a lot of fun because these guys, as close as they are, become very competitive. But they really are a very close-knit group; they work hard to improve each other,” Canavan said.

There are about six tournaments that the team competes in during the year, with two coming up in November.