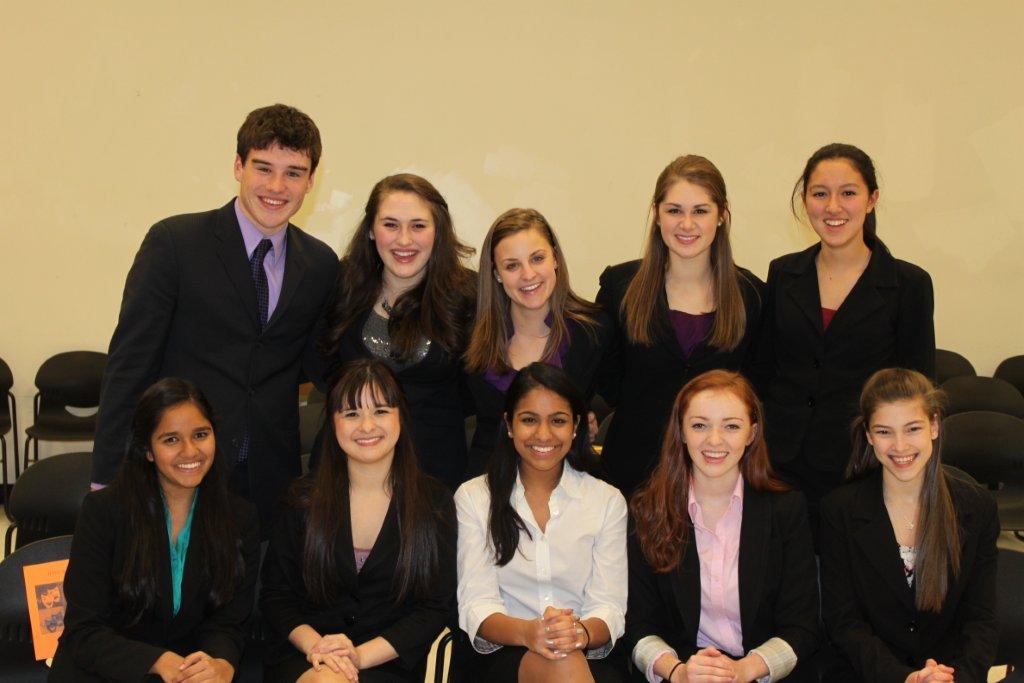 Jena Sugay, Writer
Central’s regional Forensics team was announced at their team meeting on Tuesday, Jan. 31, and not only did they place second at regionals as a team this past weekend, but they are all advancing to sectionals.Forensics is Central’s speech and acting team, which competes in fourteen separate events, ranging from duet acting events to original speeches. For the official IHSA series that began this past Saturday, the team is allowed only one entry in each event.Paul Woods, head Forensics coach, announced the individuals who competed this Saturday at the meeting last week. The team consisted of Dan Cassin, senior, Gen Carter, senior, Ana Carell, junior, Jena Sugay, junior, Priyanka Aribindi, senior, Laura Nelson, sophomore, Georgie Sadler, sophomore, Rosie Cappetta, senior, Caroline Nyheim, senior, and Shaila Sundram, junior.Nyheim said, “I’m really excited because it’s fun to have the competition be a little bit more intense. It counts for more. I’m really happy I got the opportunity to go.”The team rehearsed all week with the coaches on the team, and their dedication paid off this past Saturday. Everyone is advancing to sectionals, the next in the ISHA series.

“Hinsdale Central was one of only ten teams in the state that advanced all 14 events to sectionals,” Woods said. “The coaching staff could not be more proud of the hard work that all the members [of the regional team] put into preparing for regionals.”

Members of the regional team echoed similar sentiments. Sadler said, “I’m so happy I made it to sectionals. I’m excited, especially because this is my first year on the team, and its not usual for a novice to even go to regionals.”

Woods said, “When we get to the sectional meet, we try to stress focusing on the performance rather than focusing on the competition.  There are so many factors at sectionals that are out of our hands; we just need to make sure [our team] walks out of each room feeling like they gave the best performance they could give.  Each speech and performance should be about making a lasting impact on the audience, rather than about winning.”

The team will be competing at Sectionals this next Saturday, Feb.11 at Downers Grove South. First, second, and third place winners at sectionals will be advancing to state.