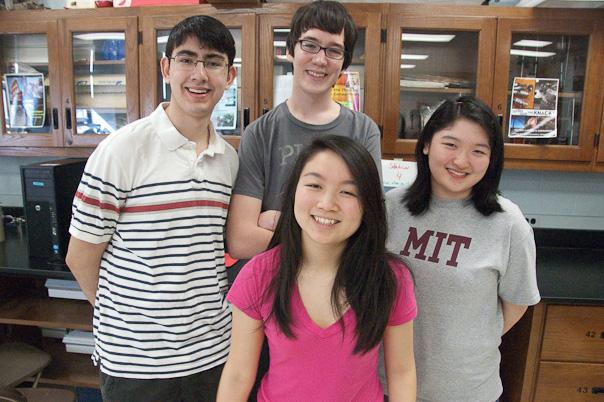 Fourteen members of the JETS team competed in the Worldwide Youth in Science and Engineering (WYSE) sectionals on March 15 to secure a second place win. The competition was held at North Central College in Naperville.

“We did tryouts in October, and we had a list of 32 students, and they took some practice tests along the line,” said Mr. Breig, club sponsor. “Then Ms. Breig [co-sponsor] and I picked the roster… then [we] competed at regionals. Once we qualified as a team… we made a few switches [to the roster], and then we competed at sectionals.”

Each member participated in two of six different subjects, which included biology, chemistry, computer science, math, English, and physics. The team received 459 points out of a possible 500 points by the end of the competition.

The success at sectionals allows the team to move forward into the state competition, which will be held at the University of Illinois at Urbana-Champaign on April 5.