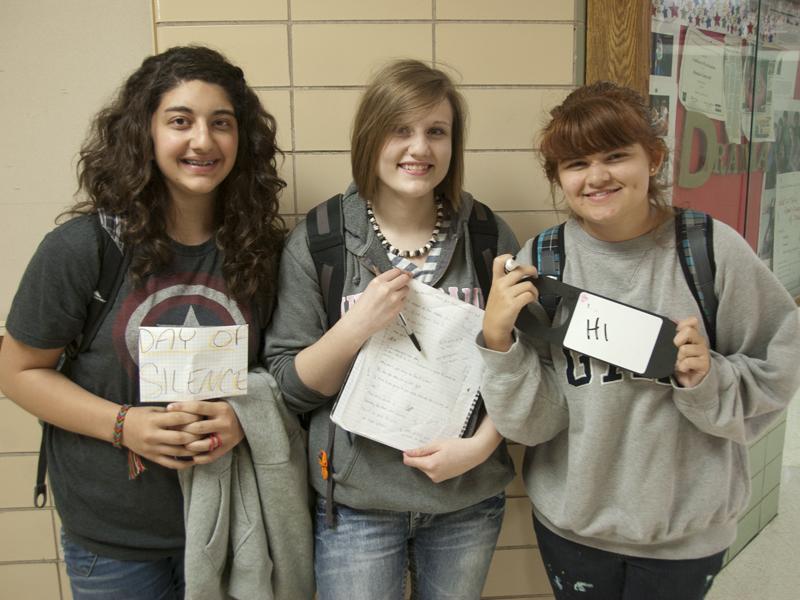 Central students showed their support for the lesbian/gay/bisexual/transgender community by participating in a Day of Silence, organized by the Gay-Straight Alliance club. Participants were mostly part of the club, though many students not actively involved also remained silent throughout the day in solidarity.

Kathleen Brennan, senior, seized the opportunity to show her support for the LGBT community on Friday. “Even though we’re moving towards an age where our country has growing LGBT support, there are still many students who are afraid to stand up for themselves and be who they really are because they fear the social repercussions of ‘coming out,’” Brennan said.

While the general consensus is that Central offers an accepting environment for the LGBT community, many feel that there are still improvements that can be made. According to senior A.J. Wegrzynski, “It’s a pretty accepting community, but there are still a number of ignorant people who, for one reason or another, believe our lifestyle’s wrong,” Wegrzynski said. “Central, however, has a great Gay-Straight Alliance, which is fantastic, especially for organizing the Day of Silence and making it known to the school.”

The Day of Silence was also intended to send a message beyond the limits of the school property. “The day of silence is, in my opinion, to show those students who are afraid of being themselves that there are people who support you, and it is a reminder to people who do not care as much that there are kids suffering out there,” Brennan said.