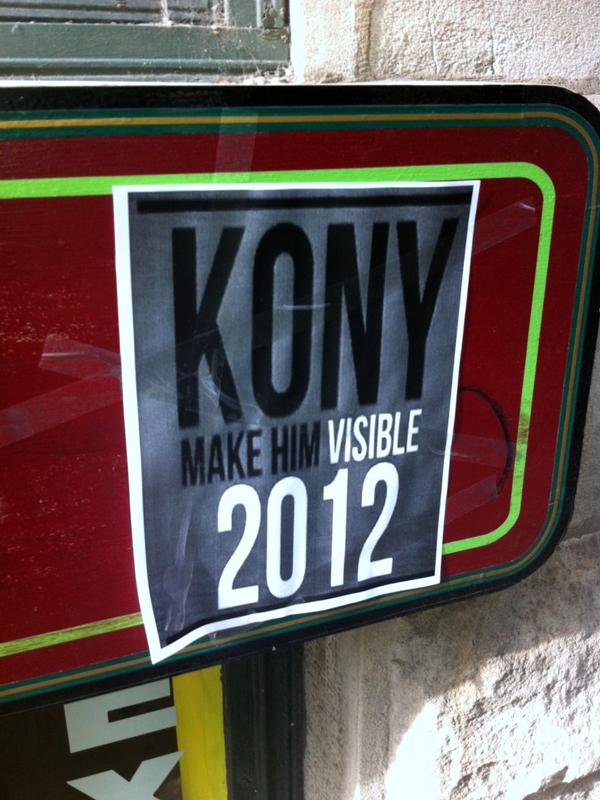 On Friday, April 20, the Kony 2012 campaign, made infamous by the viral 30-minute video released by Invisible Children in early March, made a decisive step forward via its Cover the Night campaign.

Kony 2012 aimed to publicize Joseph Kony, the notorious head of the Ugandan LRA, through Cover the Night, a night fully dedicated to advertise the movement by putting up posters.  Several Central students attended the event and took part in spreading Kony’s name throughout downtown Chicago.

Hoyoon Kim, freshman, attended the event.  Kim first heard of the campaign through the popular 30-minute video, and decided to continue pursuing and aiding the cause.  “It was very inspiring, and I really got motivated to actually do something about it,” Kim said.

Kim’s dedication to the movement continued during Cover the Night.  Kim explained how he managed to travel to the city by train with a friend, armed with 100 posters and fliers.  “Our main goal was to reach the Bean at Millennium Park to see if other people were there,” Kim said.  “We finally met up with a group there and put up posters everywhere we possibly could–legally, of course. We made designs on sidewalks and filled newspaper stands with fliers,” Kim said.

Despite Kony 2012’s hope to find Joseph Kony and stop his crimes, the charity, Invisible Children, has been under undeniable scrutiny since the debut of its viral video.  Faced with suspicion as to how the organization spends its donations, followers and critics alike began doubting the cause.  The campaign struggled further with allegations that Jason Russell, co-founder of Invisible Children and creator of the video, was detained and hospitalized after allegedly walking around nude, making sexual gestures, and mumbling about Satan.

Alex Harvey, a junior and former supporter of the Kony 2012 campaign, explained how she lost interest after hearing rumors about the charity.  “I haven’t really done anything for the organization since I heard about some of the accusations against the movement. It was a really short phase,” Harvey said.

Harvey described the exact reports she had heard of that made her initial opinion sway.  “I’ve heard that the organization isn’t actually non-profit and very little of the money actually goes to helping the kids.  And I have heard that the man who runs the whole thing isn’t necessarily trustworthy and that he has done some questionable things,” Harvey said.  “I don’t know that I believe everything that I hear about the faults of the man who runs it or of the organization, but the negativity has been publicized too much for me to fully believe the organization.”

Despite having heard similar allegations, Kim remains loyal to the cause.  “Of course, it made me look at it in a different way, but I looked at everything realistically.  For Invisible Children, I believe that they are a different type of charity that changes the lives of many, but they need support from the common people to financially support the end goal of stopping Joseph Kony,” Kim said.