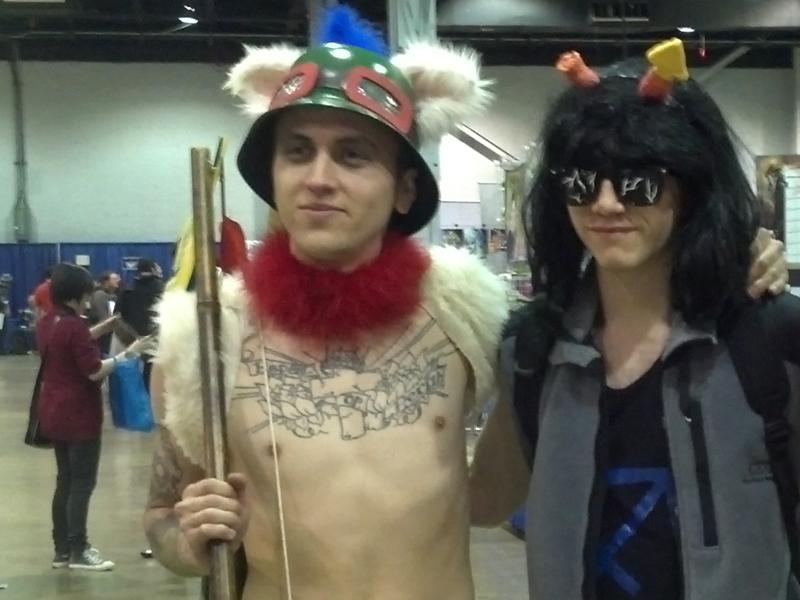 Central students, most of whom belong to the Anime Club, attended Anime Central, or ACen, the largest anime convention in the Chicago area.

Kevin Midlash, senior, went to ACen with the Anime Club. “ACen is a great place. There’s a lot of people to meet, and this is one of the few times when I can dress up like a cartoon character,” Midlash said.

This practice of dressing up as characters from cartoon shows, mangas, or video games is called ‘cosplaying.’ “Right now, I’m cosplaying as Equius from the webcomic Homestuck,” Midlash said. According to Midlash, most of the attendees from Anime Club cosplayed as characters from Homestuck as well.

Not all attendees participated in cosplay, though. Farah Yusuf, senior, went to ACen with a group of friends, a few of whom dressed up. “I wish I had cosplayed,” she said. “Everyone was dressed up and totally open-minded. All the cosplayers were so cool, I loved how they really got into it. It was really great to see people doing something they really enjoyed.”

ACen was Yusuf’s first anime convention, and she says that she wasn’t entirely sure what it would be like. “I hadn’t been to any other conventions before, and was really just expecting a bunch of people selling interesting things in a convention hall. And ACen totally delivered. Being there—it was such an interesting environment that you wouldn’t really experience in any other situation,” Yusuf said.

According to Yusuf and Midlash, there is more to ACen than just cosplaying and shopping, including two raves, multiple Japanese fashion shows, and many presentations on different animes. “The rave was awesome,” Yusuf said, “and I found it really interesting that there were people of all ages there. It was something you could enjoy no matter what and I’m really glad I went.”