Students discover the meaning behind 48 and 5202 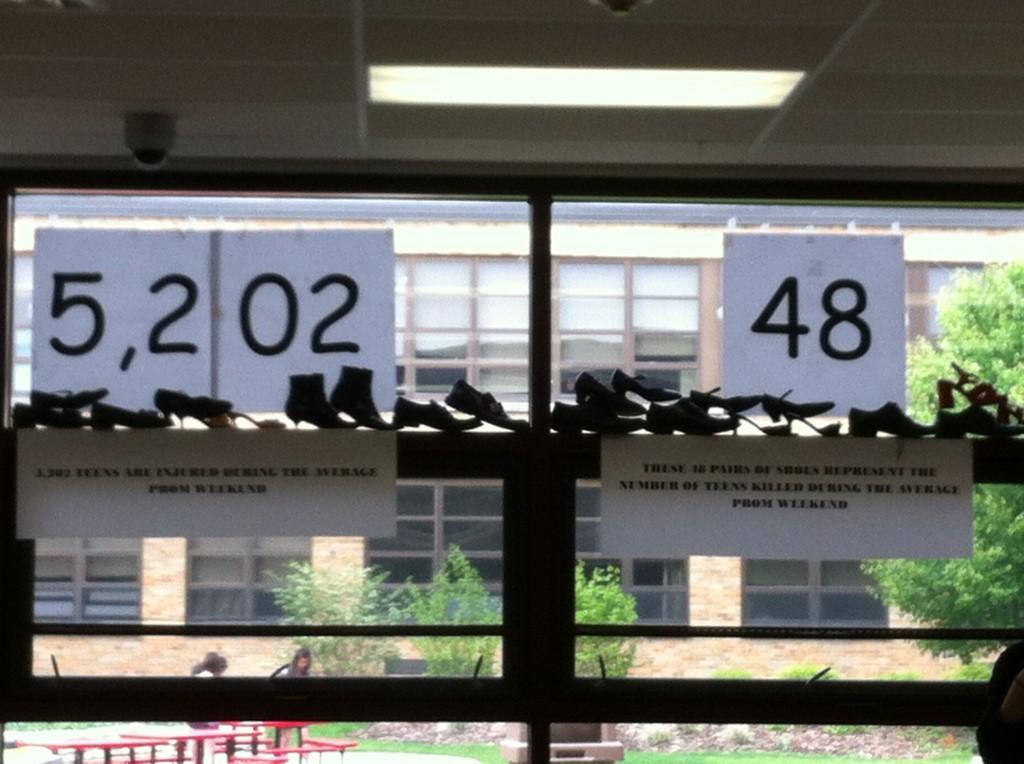 Last week, signs reading only “48” and “5202” went up around the hallways at Hinsdale Central. The signs were up for a full week before an explanation of their significance came to the senior section of the cafeteria from Officer Mark Keller and HC’s SADD club.

Students Against Destructive Decisions (SADD) is a group centered around school safety and the well being of the students who attend Central, and every year they have come up with some way to advocate safety on Prom weekend. Officer Mark Keller, who teamed up with Central’s SADD club to take on the project, said, “48 teens are killed on the average Prom weekend, and the 5202 teens who are injured. I don’t remember exactly how it all came together, but we were looking for an interesting way to put those numbers out there.” Pat Richards, a sponsor of SADD, said “we’re trying to make kids aware of the possibilities of what could happen on their Prom weekend.”

At the end of the week, SADD put up large posters in the senior section of the cafeteria explaining the significance of the numbers posted around school. Going along with the theme of the average 48 teens killed during their Prom weekend, SADD also put 48 pairs of shoes under the posters. Richards said, “I think we made our point. Everyone was talking about it.”

Officer Keller commented that, throughout all the of the years he’s been at Central, a student has never been killed over Prom weekend and he hopes nothing changes over the years to come. He said that the unsafe part of Prom weekend isn’t the actual dance, but post-Prom and all the parties that occur afterwards.

“I try to have an effect on others decision making. Are you going to sway everyone? Absolutely not. Are you going to sway the vast majority of kids who’ve already made the decision to drink? Probably not. But can you sway those who are going to and maybe get them to drink less so they’re able to make good choices? Maybe you’ll get some kids that way, or maybe they’ll watch out for their friends. You don’t want to lose anyone.”

Another year has gone by without any Prom mishaps and, with the help of SADD, Officer Keller, and Richards, there is hope that none will occur in the future either.