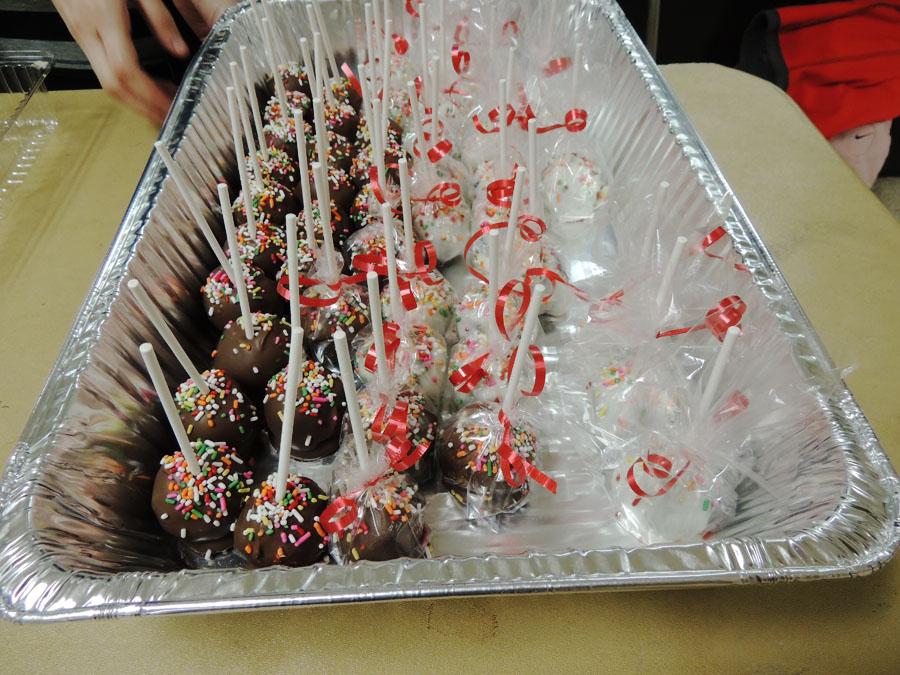 The Muslim Students Association held a bake sale to raise awareness and money to aid those in Syria.

Syria is in a civil war with rebels fighting against current president Bashar al-Assad.  “The crisis in Syria has been going on for more than a year now and so far over 45,000 innocent civilians have been killed and about 400,000 have been displaced from their homes due to the President’s brutal regime,” said Dana Zakieh, junior and club member.  “What is happening in Syria is a humanitarian crisis, and any help we provide towards humanitarian aid is very much appreciated.”

All the funds raised from the bake sale will end up going to help those in need in Syria. “Funds go to the Syrian American Medical Society. SAMS is a United States Government approved not-for-profit with chapters across the United States to help out in the desperate medical needs of the Syrian victims of the violence,” said Janet Mark, club leader and Social Studies teacher. “

“People in Syria require our help and support, as they have been suffering for the last two years, and that’s exactly what each member in MSA club is struggling to do,” said Haider Qureshi, junior and club member.

As for the future, MSA still wants to focus on helping out those in Syria.

“This year we have a very dense population of Syrians in the club who are very passionate about what is going on there,” Zakieh said.

“Hopefully [we will] see many other bake sales in the near future, which will carry on with same purpose,” Qureshi said.