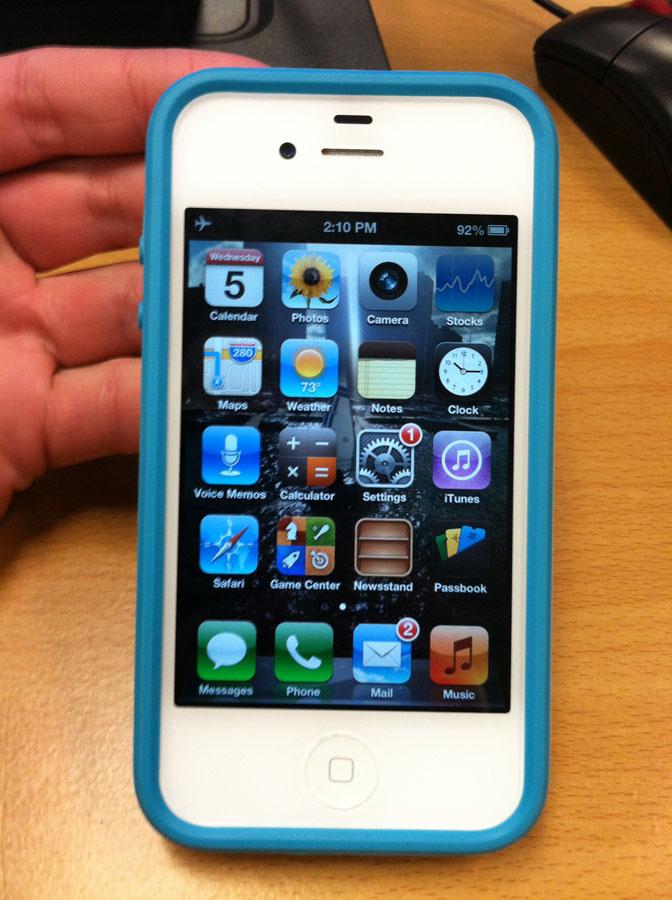 Design Interface is a new unit in the Graphic Communications Fundamentals course that has gotten positive reviews from Mr. Mike Cousineau, graphic communications teacher and his students. A relatively new aspect of the graphic design field, design interface teaches students how to create the visual images for apps on mobile devices.

“I got the idea last year at parent teacher conferences. I was having a conference, and the parent sounded very knowing, and finally he asked me if we did anything with app design, and I didn’t know anything about it. He gave me all these ideas of things to do. I’ve done a lot of design work but this is brand new,” Cousineau said.

Design interface is incorporated in the Photoshop portion of the Graphic Communications course; the department acquired the entire IOS template, which includes all the graphics that go along with app design.  The students have been using that to put together the apps they’ve made up.

“What I love is that there isn’t one app that they’re all making—I have a student and she’s a cheerleader, and she’s making a faux cheerleading app; I have another student making a scheduling app, and another who’s making one for his favorite soccer team,” Cousineau said.

According to Cousineau, students love the class and have been very responsive towards the new unit.

“The feedback I’m getting right now is that when they’re in the classroom, it’s silent. They’re just clicking on the computer nonstop,” Cousineau said.

Some students, like senior Enrique Lopez-Yanez, are especially benefiting from the new unit.

“I have background on what we’re doing in the class, so [Cousineau] lets me do my own thing. I did a whole app layout and, for me, it’s sparking new ideas because I already know the fundamentals,” Lopez-Yanez said.

Lopez-Yanez is currently designing an app to log work hours on a mobile phone. It utilizes a calendar where users can click on a day and record what hours they worked. In the future, Lopez-Yanez hopes to pursue the graphic design aspect of mobile design interface.

“I think the beauty of this is that the kids get to do something they’re very interested in and they’re not constrained to do it one way. And it’s only going to get better—this is the first time I’ve ever done this,” Cousineau said.