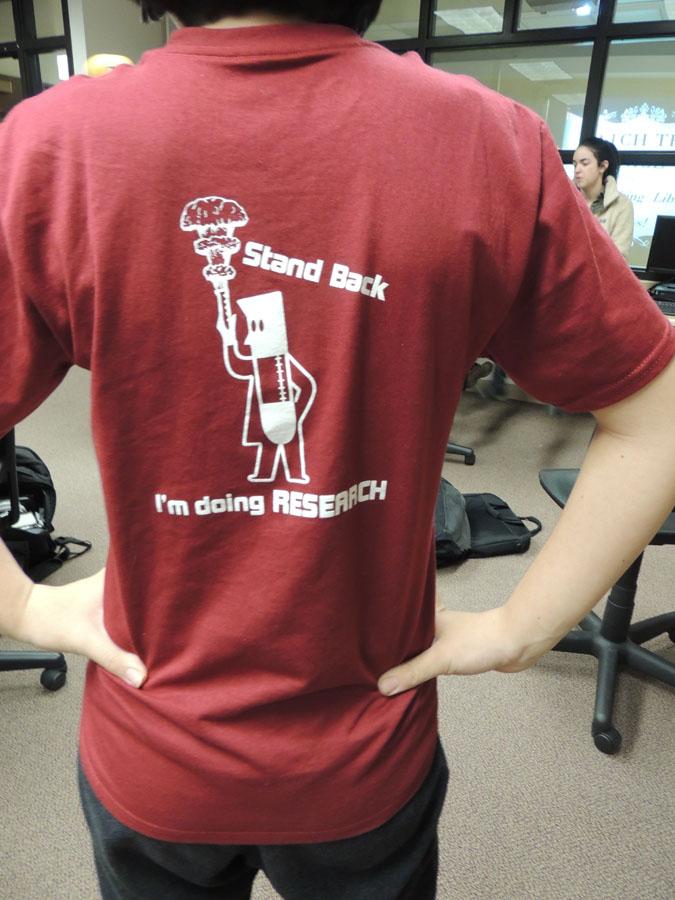 The full year science courses offered by the Science Department are currently all content-based: learning the basics and understanding what other researchers have done in order to establish those basics. However, beginning fall of 2013, there will be a new honors science course offered, one that will allow students to be those researchers making new scientific discoveries, called Science Inquiry and Research (SIR).

“It is an elective for students who really, truly want that science experience before they go off to college. Our science classes are great, but they don’t go into the research aspect, and we didn’t think that coming right out of their physics class, or their chemistry class, that [students] would be able to work with university professors. We wanted to give them those skills, so we created SIR,” said Mr. Mark Wollschlaeger, science teacher and one of the founders of the SIR class.

SIR was originally a summer school course taught by science teachers Wollschlaeger and Mr. Peter Pintz. It began the summer of 2011, with a class of 26 students. Eleven of those original students came back last summer to take the course again and got to take the more accelerated version.

“Summer school is a unique model in the fact that the students are here for seven weeks for five hours a day. And so a lot of the activities I would design for students to do to learn are going to be a lot different because, instead of them sitting and doing it for five hours like in the summer course, they will be doing in 50 minutes. So it’s trying to take the ideas that we have that work really, really well in the summer and figure out ways to break them into pieces one hour at a time. It’s going to be very challenging,” Wollschlaeger said.

Wollschlaeger and Pintz also worry that space is going to be an issue. Due to the construction that took place over the summer, the Science Department made it their initiative to create a bigger lab for the SIR class. However, the larger science room will not only be a SIR room, which could pose potential problems.

Regardless of the problems that Wollschlaeger and Pintz are anticipating, they believe that having the full year course will provide more opportunities for in-depth research. In addition, select students will be able to compete in the Illinois Junior Academy of Science annual spring science fair with one of their quarterly projects. This is an opportunity that they’ve never been able to offer the students in the summer school course.

“I don’t want students to not sign up because it’s the first year of the course. We’ll run the course again in the summer, so technically by the time we get to the fall, it will be the fourth time the course is run, the first time during the school year,” Wollschlaeger said.

There will be a symposium on Jan. 7 for all science classes where students who’ve taken the summer course will briefly explain their experiences and what they’ve learned from the course. Wollschlaeger and Pintz hope to generate enough interest to create the class for the upcoming fall term.