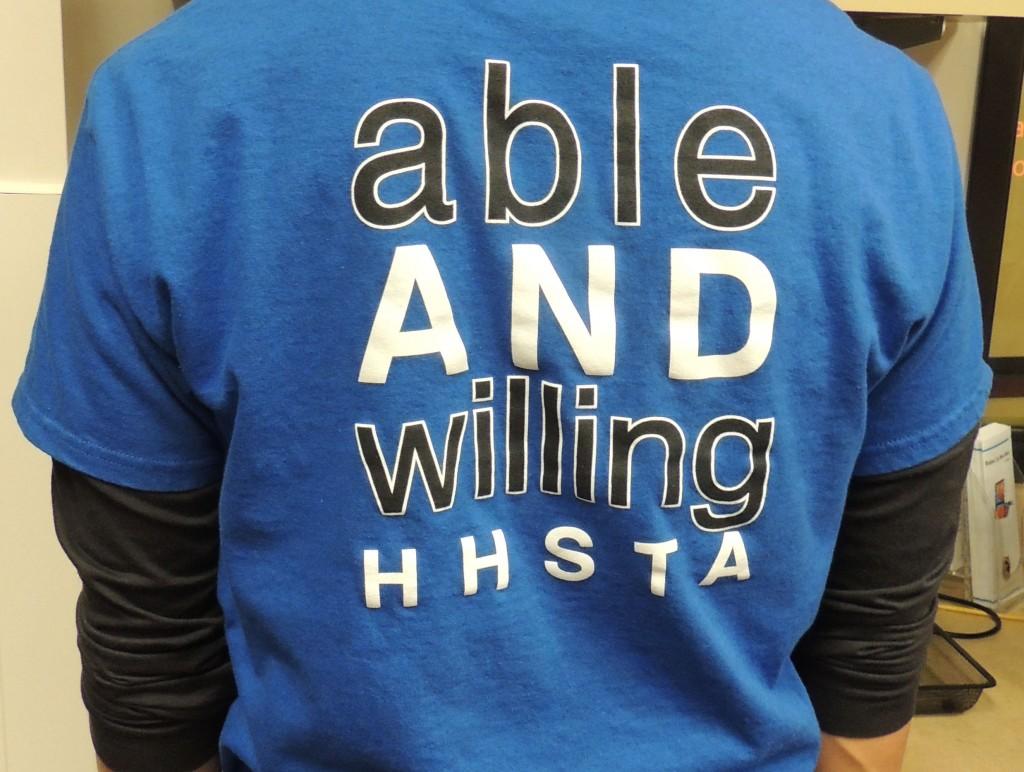 Students have taken notice of the blue shirts with the slogan “able and willing” that most teachers are wearing today.  The blue shirts have provoked comments from students imploring what the message behind the shirts is; however, the teachers’ contract forbids them from answering.

Teachers are now working under a four-year contract that expires at the end of the 2013-2014 school year.  According to the Patch.com, “A clause in the contract, however, allowed for the reopening of negotiations on salary, extra-duty compensation and health insurance for the 2012-13 and 2013-14 school years.”  These negotiations center around salary and benefits.

Said negotiations have been ongoing since last spring between the Hinsdale High School Teachers Association (HHTSA) and the Hinsdale Township High School District 86.  Teachers say that the blue shirts are a show of support.

However, it is against their contract and the rules of negotiation for teachers to say anything regarding the blue shirts and negotiations until they are finished.  When asked, teachers have responding with, “It’s teacher spirit day.”

This ambiguity of the topic has left students puzzled, and some have drawn conclusions of their own.  Kathryn Knoch, senior, related this experience to one in middle school.  “In middle school, all the teachers would wear red and wear T-shirts like these blue ones,” she said.  “They never went on strike, but they wanted to.  I would assume that our teachers now are thinking about striking, but might not actually do it.”

Eddie Mapel, senior, noticed a change in the teachers weeks ago at around 7:30 a.m. “I saw the teachers meet before school, and they all walked into the school together,” he said.  “One teacher was already in school but actually went back out to meet the rest.”

Under the current contract, teachers cannot strike until the end of the 2014 school year.