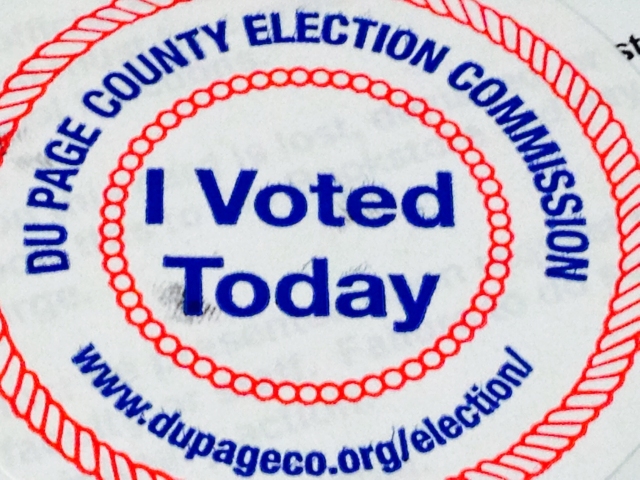 Instead of spending the day at school on March 18, senior Annie Cappetta served as an election judge at the Illinois primaries. As an election judge, Cappetta helped run a polling location by setting up voting booths, handing out ballots, and tallying votes, amongst other responsibilities.

“I have really strong faith in the democratic process, and I thought I needed to be a contributor to that in some way larger than just voting, especially in a primary when there is low voter turnout and not a lot of seats are contested,” Cappetta said.

To become an election judge, one must fill out an online application and undergo some type of training.

“I had to have a teacher, parent, and the principal to sign off that I get good grades and then gave the form back to the lady in charge of student judges,” Cappetta said.

Other Central students participated in the primaries by voting as a result of the new voting law allowing 17 year olds to vote provided that they turn 18 by the time of general elections. Students signed up to vote in a registration drive this past February.

“I wanted to vote to support that which I believe in, and because it’s a way of expressing my beliefs,” said senior and first time voter Michelle Owens.

For those students who already had political affiliations, the process was a little bit simpler.

“I knew which party I wanted to vote for, so that narrowed down research a little bit, as I knew what ballot I was going to choose,” said senior Caroline Oakum.

First time voters had a positive experience overall but noticed the low voter turnout that primaries are known for.

“It was actually much easier than I thought. It wasn’t too crowded, and the volunteers at my polling place were all super helpful,” Oakum said.

Participating in the primaries, whether by being an election judge or voting, was an overall fulfilling experience for those involved.

“I danced after I put the ballot threw the machine, which apparently doesn’t happen often. I know it’s dorky but I got really excited, I actually did something in my day that contributed to my community and my state,” Owens said.