Fighting breast cancer one fundraiser at a time 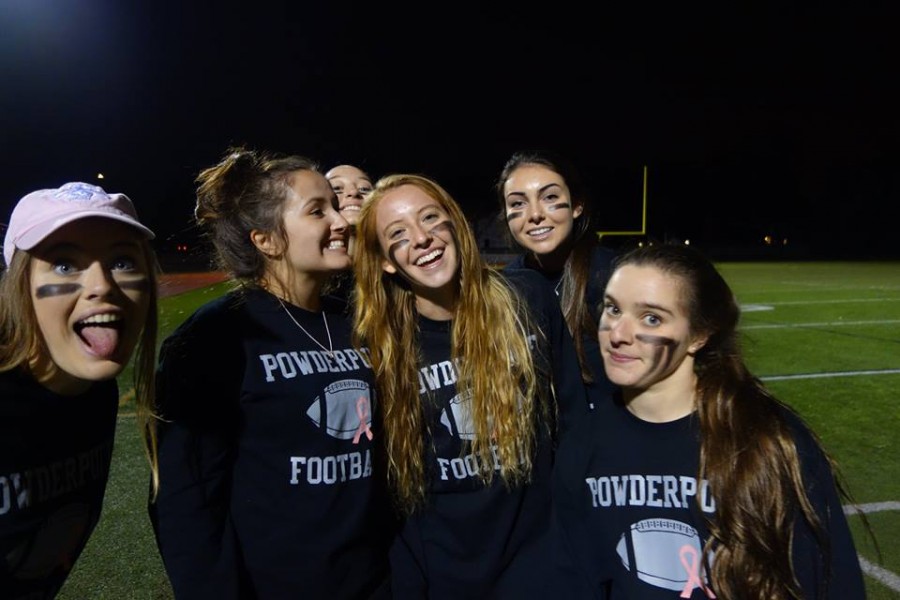 This October, Central has noticed a rise in breast cancer awareness. Both fall sports and clubs have held fundraising events, finding unique ways to raise money for breast cancer research.

One of these efforts includes Volley for the Cure, which is held by the both Hinsdale Central and Hinsdale South’s volleyball teams. Both teams raised money leading up to the game, which was held Wednesday Oct. 22 at Hinsdale South.

“This is the sixth year we have done it,” said Ms. Kelly Moran, sponsor. “We alternate who hosts. This year, South hosted, so next year we will host it. To prepare for it, we sell T-Shirts, we have a bake sale, and we decorate whatever gym is hosting the game.”

Another attempt to spread awareness and raise money was the Powder Puff football game, in which girls from the junior and senior classes played flag football. Donations for breast cancer research were accepted from those who attended.

“I just wrote a check for $3,504,”said Ms. Kelly Watson, sponsor. “I believe it has been going for six years. The girls always choose to donate the money to breast cancer research because we have the game in October.”

The money raised from both Volley for a Cure and the Powder Puff game go to the Open Arms Foundation out of Hinsdale Hospital.

“Instead of [the money] going to a large organization, they chose something a little closer to home where, if there is anybody in the community that is struggling with breast cancer, the money can help them,” Watson said.

In addition, The Hinsdale Central community gathered for the “Pink-out” football game on Oct. 17, in which Central hosted OPRF. Players, cheerleaders, pommers, and students all wore pink in order to support breast cancer awareness.

“The atmosphere was electric,” said Bryan Loebig, junior. “Everyone came to together to cheer for Central and to support breast cancer awareness. Everyone was wearing pink, and both the cheerleaders and pommers had pink pom-poms.”

This past month has seen the Hinsdale community come together and raise incredible amounts of money and support for an issue that affects each and every one of us in one way or another.