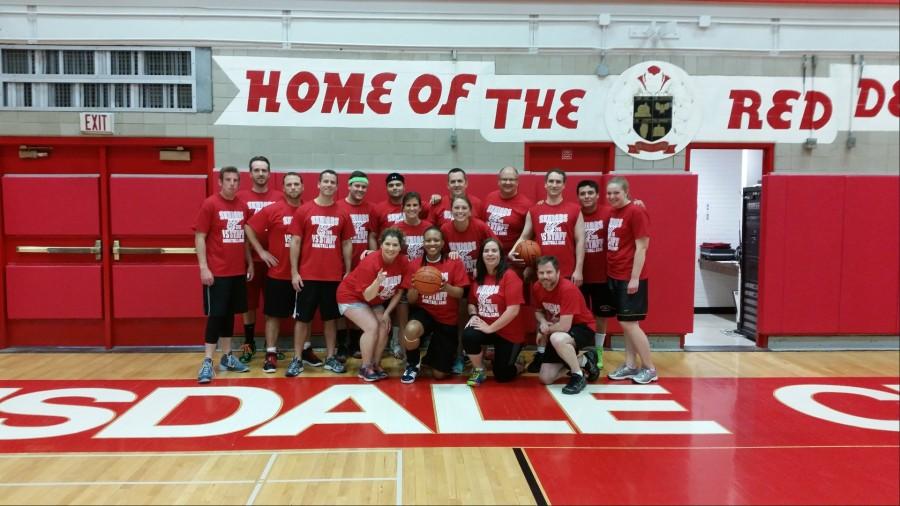 The staff won the basketball game against the seniors 51-50 on May 14.

In a tradition that dates to 2009, the staff and seniors have held a basketball game with proceeds benefiting Shoes for Orphan Soles. This year the staff won once again, beating the seniors 51-50.

It was a success that came back after a two year hiatus.

“For some reason the game was not played for the past two years. Mr. Litton, [Central Guidance Counselor], and his LHO club heard about my interest to start again, and we made a go of it,” said Ms. Annette DeAngelis, who works in the special education department and organized the staff who played.

The game started at 5 p.m. on Thursday, May 14, and included staff members from various departments and a new player, Dr. Kolkman, who took a break from his principal duties. With Dan Jones on the mic, who is the Athletic Director, the game was an overall hit.

“The greatest part is seeing how the students and staff have a good time on the court. It’s about having fun,” DeAngelis said. “I really think the students took it easy on us, but our staff played hard as well.”

Students, fellow faculty members and parents showed support during the game, cheering for both sides. Many of the students expressed how fun it was to see the staff throw on some athletic gear and play with the students.

“Look for it next year around the same time but with much more promotion and opportunities for all Red Devils- teachers and students – to get involved,” DeAngelis said.  “The staff has been undefeated now for the past five games. Come on students, you need to win.” 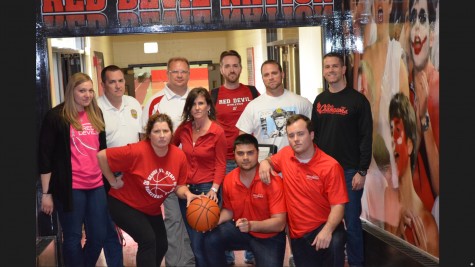 Excited for the upcoming match up, the staff show their intimidating side. 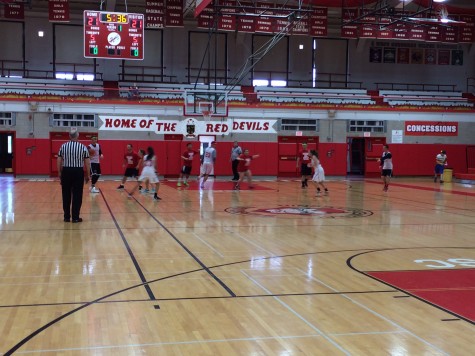 The score was close throughout the entirety of the game. 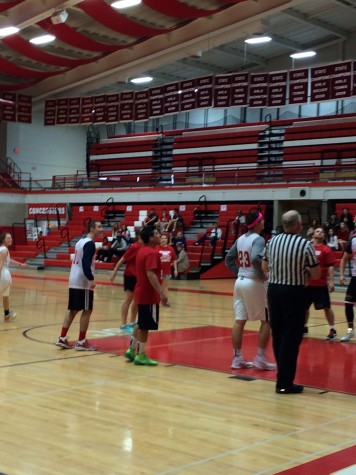 Both staff and students did their part in free throws.