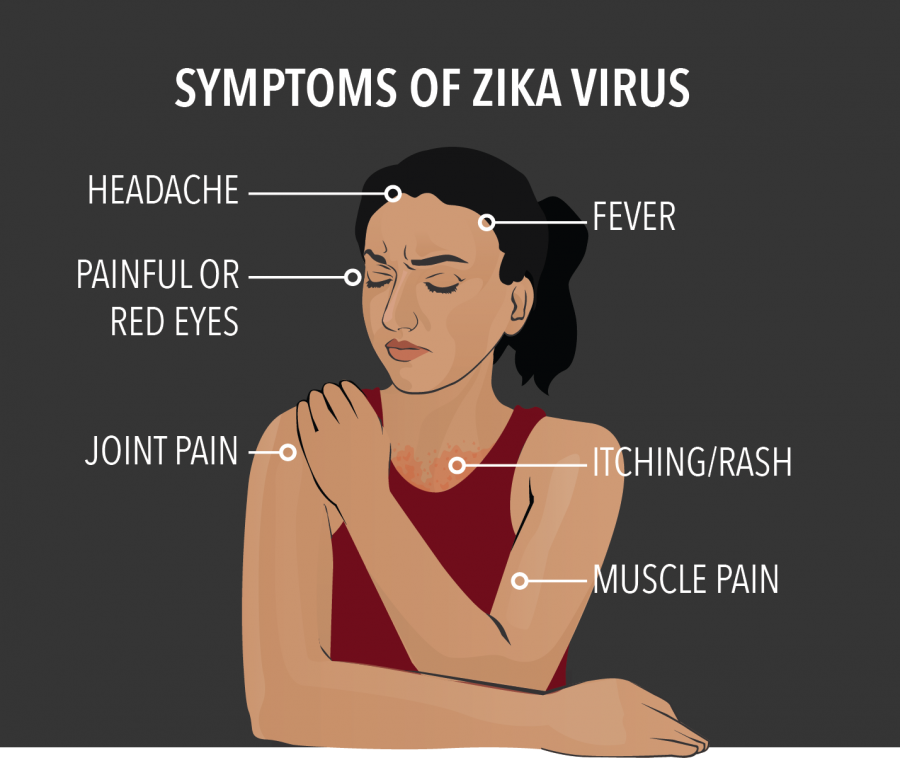 With spring break next month, many plan their trips now or even earlier, but with the Zika Virus outbreak, many wonder if it is safe to travel to countries affected by the virus.

Spring break is only months away and many students are going to trips around the world. But some are rethinking their plans with the looming threat of the Zika Virus, which is transmitted primarily through mosquito bites and can cause fever, rash, and muscle pain. However, it has been linked with birth defects if pregnant women become infected.

“My parents are scared of the Zika Virus because they don’t know enough about it yet, so we canceled our trip to Panama till this all clears up,” said Andrea Collins, sophomore.

Currently, the virus is common in Africa, Southeast Asia and the Pacific Islands. If infected, people experience flu-like symptoms. Pregnant women who had visited places like Haiti and Central America have been reported to have children born with microcephaly, which is a birth defect affecting brain development in the infant.

Countries around the world have published health warnings for traveling women and nations afflicted by the virus including Colombia, Ecuador, and El Salvador. Most countries recommended a ban on pregnancy or have encouraged women to not get pregnant until the virus is better understood or a vaccine to be developed.

“Recently, there have been reports of the virus being transmitted from people to people as well as sexual contact,” said Mr. Pintz, science teacher.

The Center for Disease Control and Prevention reported that there were nine locally acquired cases within the USA territory. It is also important to mention that the Zika Virus cannot be cured, but treatment can improve symptoms. A vaccine does not exist, but is in the works.

“I would not find it uncommon for labs around the Chicago region to be performing work on the virus until a vaccine could be determined to solve the issues arisen from the viruses spread,” Mr. Pintz said.  “Although the work might be advanced for a student, a student at Central in one of our upper level SIR programs or performing personal research could inquire around in order to find a possible lab program to participate in research on the Zika virus.”