A high schoolers guide to the primary 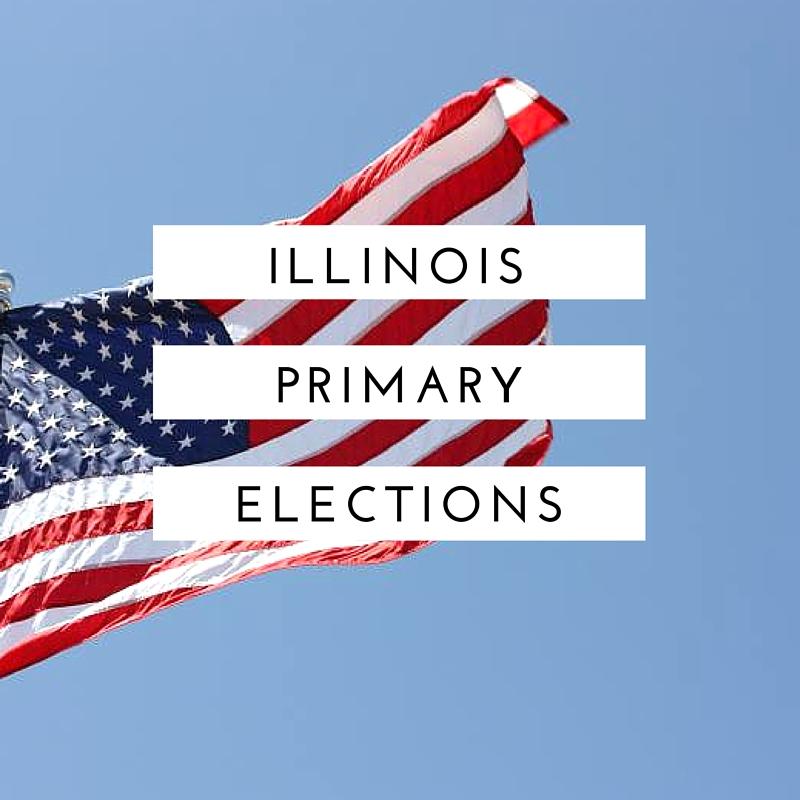 courtesy of Google Fair Use

On March 15, residents of Illinois will be given the chance to vote in what many are calling one of the most important elections in years. However, even in the presence of what some may call a blight of constant political talk, many are still left confused about who is really best to vote for. With all the flames flying and debates galore, it’s easy to get caught up in the height of the political realm.

Allowing yourself to have a better understanding of the current candidates will help you to vote for the person whom you believe should be the next president of America. If, after reading these candidate summaries, you are still unsure of who to vote for, there are a handful of quizzes which can provide insight into how your beliefs line up with those of the candidates.

Immigration: Sanders has made a point of taking a humane approach towards immigrants, whether legal or illegal. He has promised, that if elected president, he will prioritize making the path to citizenship substantially easier.

“We must be aggressive in pursuing policies that are humane and sensible and that keep families together.”

Gun Control: Sanders approach towards guns is multi-pronged. The Vermont native claimed that to help eradicate the prominence of gun violence, he would strengthen current background checks, ban assault weapons, significantly improve the mental health system, along with a handful of other actions intended to lower the rate of gun related incidents.

“I think I can bring us to the middle.”

Abortion: Sanders falls under the category of a pro-choice supporter. In a quote said in December of 2015, Sanders stated that the decision in regards to whether or not one should have an abortion should rely solely on the part of the mother and the doctor, eliminating the influence of the government as much as possible.

“The current attempt to discredit Planned Parenthood is part of a long-term smear campaign by people who want to deny women in this country the right to control their own bodies.”

Economy: Sanders has stated that he intends to invest one trillion dollars in order to reassemble the current poor state of infrastructure in America. Sanders is also a supporter of heavily taxing those in high income brackets, believing that large companies should work to pay their share.

“It is time to redistribute money back to the working families of this country from the top one-tenth of 1 percent, and tax policy is one of the ways we do that.”

Immigration: Clinton, similarly to Sanders, supports taking actions to fix what she sees as a flawed immigration system. She also has claimed that immigrants are vital to a healthy economy and as result, they should be given a fair chance at gaining citizenship.

“I will stand up against any effort to deport dreamers. Immigrants are vital to our economy.”

Gun Control: Clinton has made it clear that she supports the reform of the current gun system present in America. She has stated that, if elected as president, she will prioritize actions which will expand background checks, eradicating assault weapons, and repealing laws which protect gun manufacturers from lawsuits.

“How many people have to die before we actually act?”

Abortion: Clinton is opposed to the government having control over the reproductive rights of women. While she states that late-term abortions should take place only due to medical necessity, she overall supports the women’s right to decide. She strongly believes that planned parenthood should not be defunded and that women should be granted full access to health care.

Economy: Clinton has put her full support towards the middle class regarding taxes. She has made it clear that she intends to eliminate loopholes used by corporations to avoid paying a just amount of taxes. She also supports refining the job system by increasing wages and establishing more well-paying jobs.

“We’ve got to create more good-paying jobs, we’ve got to raise incomes. We’ve got to give young people chances to start small businesses, to be entrepreneurs, to chart their own future.”

Immigration: Cruz is a strong supporter of eliminating the problem of illegal immigrants in America. Following the footsteps of partymate Donald Trump, Cruz has stated that taking actions such as “building a wall that works”, will help to fix the problem of undocumented individuals in America.

“As President, I will stop illegal immigration, build a wall that works, triple border security, and put in place the surveillance and biometric tracking to secure the border.”

Gun Control: Cruz strongly stands by the rights given to Americans in the Second Amendment. He believes that Americans have the right to own guns, and that ownership can help to protect the safety of the citizens of the nation.

““I have never and will never support banning guns.”

Abortion: Cruz’s view on the issue of women’s reproductive rights is heavily based on his affiliation with the church (Cruz is a Southern Baptist.) Cruz believes that life, no matter at what point, is life and as result, should not be ended by the power of the mother. He has stated that if elected, he will investigate the state of Planned Parenthood and will fight to protect the “sanctity of life.”

“Every human life is a precious gift from God and should be protected from the moment of conception until the moment of natural death.”

Economy: Cruz supports eliminating the current tax system and replacing it with one in which all income brackets are taxed the same percentage of income. He has stated that everyone should pay the same percent (10% of income), regardless of of the sum of money which they earn. Cruz also believes that his suggested tax reforms will help to stimulate the economy, providing millions of jobs to Americans.

“Jobs, growth, and opportunity will reignite promise for millions of American families who are currently being crushed by the Obama economy.”

Immigration: Rubio’s stance on immigration is relatively mixed, in comparison to the other candidates. The son and grandson of immigrants, he states this his views are “not anti-immigrant.” His approach to the issue includes a combination of strengthening the borders, followed by a reconsideration of current paths to citizenship.

“Our reaction needs to be what we should be doing anyway, which is passing immigration reform, beginning with getting illegal immigration under control.”

Gun control: Rubio’s opinion on gun control centers on his opinion that guns are not the cause of harm, but those who use the weapons are the ones to focus on. He supports the recognition of the Second Amendment, believing that all Americans should be given the chance to bear arms.

Abortion: in regards to the debate on women’s access to abortion services, Rubio falls on the side of the pro-life argument. The candidate believes that life starts at the moment of conception, and no matter the circumstances of this conception, the life of the child should be prioritized.

“It’s not because I want to tell anybody what to do with their bodies or their lives, but because I believe that one of the fundamental rights given to us by our creator is the right to live.”

Economy: the Florida senator has only a handful of problems in regards to economics. He has a strong feeling of confidence in the American economy’s ability to produce jobs and allow individuals to prosper. However, Rubio does support an action to reduce tax rates for Americans. He also does not support actions to raise the current minimum wage.

“[America] is the only economic model in the history of the world where you can make poor people richer and you don’t have to make rich people poorer.”

Immigration: Kasich’s views on immigration support a path for illegal immigrants to be able to stay in America. Vehemently opposed to deporting immigrants/refugees, he called Donald Trump’s plan of mass deportations “not an adult argument.” The Ohioan governor believes that if an individual contributes to society in a positive way, they should be given the chance to stay.

Gun Control: originally a supporter of banning certain assault weapons, Kasich has now changed his stance and backs full gun rights for Americans. A supporter of the Second Amendment, Kasich has suggested a heightened focus on mental health as opposed to on weapons.

“I don’t think any president can stop mass shootings.”

Abortion: while Kasich aligns himself with the pro-life side of the argument regarding reproductive rights, he has stated that there are certain predicaments (rape, incest, health of the mother) which would allow an abortion to be feasible. The governor intends to defund Planned Parenthood in his home state of Ohio. However, he does believe that the conservatives place excessive interest on abortion, as told to CNN.

“Yes — I have always been for exceptions. …For rape, incest, and life of the mother. …Because I think it’s reasonable.”

Economy: falling in line with the beliefs of Rubio, Kasich supports tax-cuts for the American people. He believes that said tax cuts will help to stimulate the economy, allow small businesses to grow, and will produce more jobs for citizens of the United States.

“I know what the formula is: cut taxes, you restrain the government, you don’t let the regulators put you out of business and you grow jobs.”

Immigration: Trump’s stance on illegal immigrants is one which is widely known by the American public. A strong supporter of strengthening the borders, Trump has proposed to build a wall in order to prevent immigrants from illegally coming into the country. Trump also supports actions to deport illegal immigrants, but allow them to attempt to legally gain citizenship in the future.

“These are people that shouldn’t be in our country. They flow in like water.”

Gun Control: Trump currently strongly backs the Second Amendment, believing that all states should permit individuals to own a concealed carry permit. He believes that with full gun rights, Americans will be able to defend themselves from harm which may become apparent. He has stated that, if given the chance, he will act to veto any new measures to control guns.

“We love the Second Amendment, folks. Nobody loves it more than us, so just remember that.”

Abortion: Trump has aligned himself with the pro-life argument in regards to reproductive rights. The businessman believes that Planned Parenthood should immediately be defunded, stating that a large amount of the work they do pertains to helping women get abortions.

“Public funding of abortion providers is an insult to people of conscience at the least and an affront to good governance at best.”

Economy: Trump supports the idea that the current tax rates present in America should be substantially lowered. He states that, in lowering tax rates, America will be more enticing to companies and in turn, will help to stimulate the economy and produce jobs. Trump also supports actions to manufacture more products within America, instead of turning to other countries.